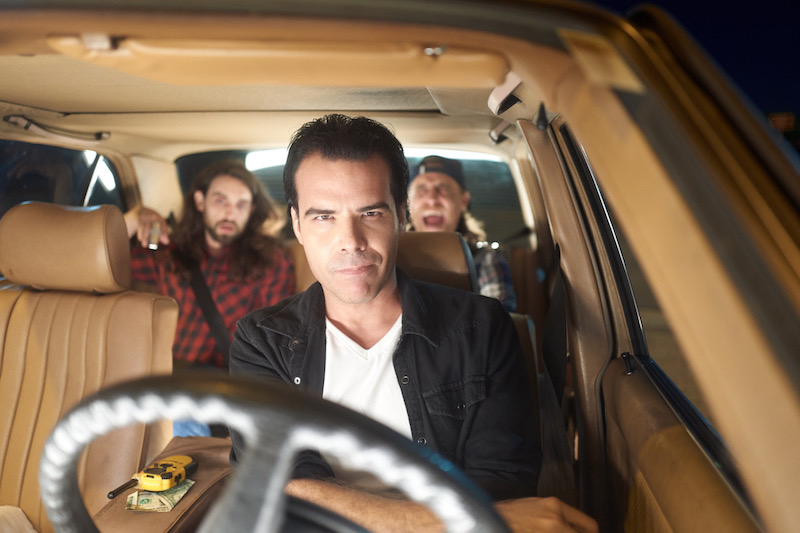 SoCal-based alt-rock artist RATINOFF (full name: Jay Ratinoff) has released his latest single “Take Me Away”, the second single and follow-up to the song “Light Me Up” from his upcoming album LET IT OUT (due out September 17 through CEN/The Orchard).  The new single premiered with FOLK N ROCK.  With “’Take Me Away’ I wanted to write a fun dance song, The inspiration came from an experience I had when I met a girl one morning, and by that evening, we on our first date,” says Ratinoff.  Its accompanying video features a cast of characters and a revolving car door of human behavior. “The experience of shooting the music video was quite fun. It’s sort of a day in the life of an Uber/Lyft driver, the concept came from video director Jen Rosenstein, I have worked before as a driver, so I knew exactly what I was getting into,” Ratinoff explains.

Once a budding Latin pop star with acting credits to his name, Ratinoff made waves with a pair of explosive singles which amassed over half a million YouTube views but feeling unfulfilled artistically he took a leap of faith and changed direction. On his new set of songs, he ignites a fresh sound independent of border and genre lines. Fusing his life experience with retro alt-rock sounds and energy.

Ratinoff’s debut album Let It Out was produced by Grammy-nominated producer Wes Sharon (Parker Millsap, Turnpike Troubadours), Ratinoff elaborates, “The experience of working with Wes was amazing, making the album was one of the best experiences I ever had, I found my voice.”  You can connect with RATINOFF via the following links.  Photo credit: Jen Rosenstein: