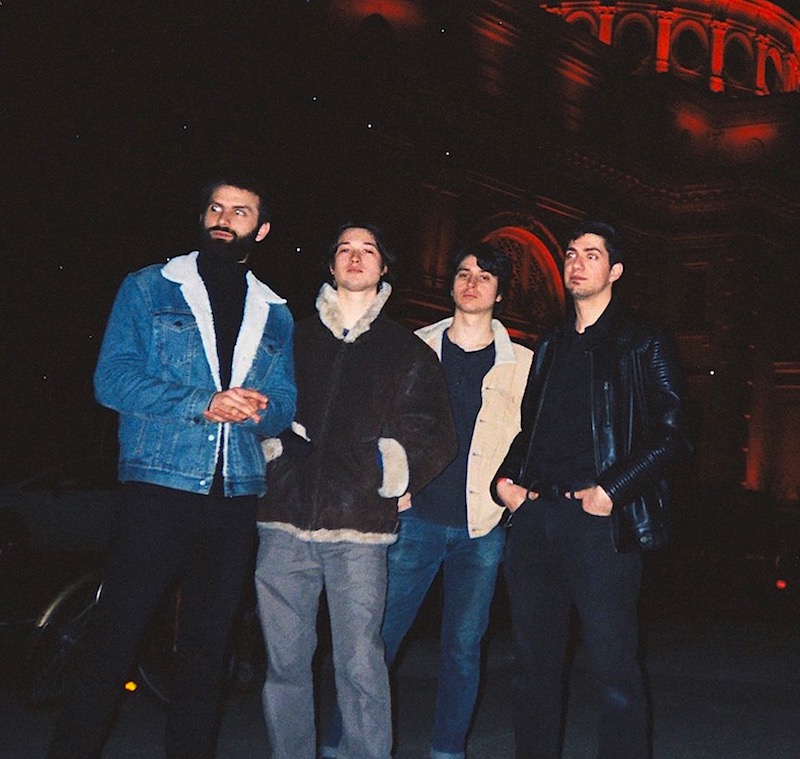 Manta explodes onto the scene with their stunning new visual album Manta and Their Amazing Friends Pt. I, which you can find via YouTube today.  It’s been a few months since we’ve heard from the group, and they are definitely back and better than ever.  Hailing from Princeton, New Jersey the group is spearheaded by Jack Brickner (vocals/bass), Charlie Guarino (vocals/guitar), Sam Guarino (vocals/guitars) and Mike LaFisca (drums).  Their psychedelic sounds are brought to life in the new release, which really drives the sound and vision of the band home.  The record has twists and turns at every corner, and combined with the visuals, they bring a dose of enlightenment to your eyes and ears.  It’s raw, energetic and hypnotic, bringing a trippy sound to the table.

“A multi-media extravaganza for the senses! Manta presents our all new visual mixtape “Manta and Their Amazing Friends Pt. I” A collage of instrumental ditties and jam seshes set to state-of-the-art moving images and featuring a cast of the group’s personal friends, acquaintances, and hangers-on—both real and imagined.”
Manta and Their Amazing Friends Pt. I feels like being stuck in psychedelic quick sand that you do not want to escape from.  The songs feel gooey and delightful as synthesizers and guitars dance over hypnotic drum beats as each track slowly embarks.  Soft vocals are introduced as sounds come out of every direction; it will take multiple listens to really appreciate everything that is going on with the release, and that’s a good thing.  The impressive and appealing aspect of Manta’s music is that it blends so many genres seamlessly.  Standout track such as “Nightcap ft. Tocca” feels like it could be the basis of everything from a Daniel Caesar soul jam, to a Mogwai post-rock masterpiece.  In the tune, the band unapologetically and blissfully crosses genre borders.  Clocking in at under 21 minutes, it effectively showcases more sonic diversity than some bands do in their entire careers.  You can connect with Manta via the following links:
Website | Facebook | Instagram | Twitter | Spotify | SoundCloud | Bandcamp