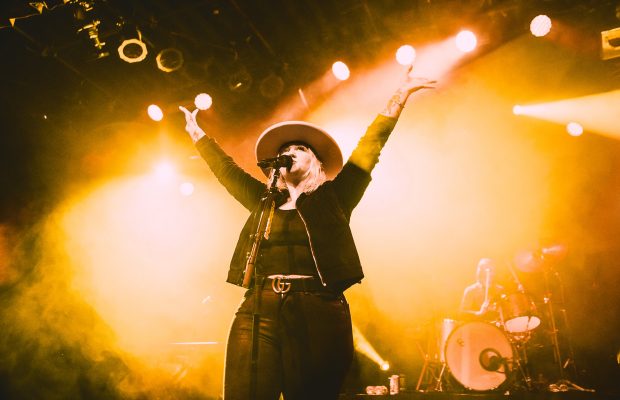 Barns Courtney started the night out with a fun and ridiculously high energy set. Right from the get-go, he was jumping around the stage, getting into the crowd, giving everything he had to this performance, and the crowd were no different as they danced around and sang every word along with him. It was the type of opening set that feels like it could easily be the headline act, and made everyone in the room understand the hype surrounding this man if they didn’t already!

Elle King walked on stage to the screams of a crowd ready to party. Her performance was a lot more subdued but still very powerful as her voice carried a lot of emotion and has a truly impressive range. It was easy to see that she was enjoying herself, and that being on stage is not just a job for her, as she was constantly smiling and joking around with her band and the audience. Even if you didn’t know every word to her song it was easy to just watch and listen because her voice is so powerful and she really does put on a great performance.

This show had an interesting lineup because Courtney definitely comes across as a lot more high energy than King, who is a little more toned down, but just as talented. It would have made a bit more sense to have King open up the show, but it was ultimately her/her team’s decision to bring Courtney along. Despite this, it’s clear to see that both artists have a strong fanbase, and hopefully, they’ll be back in Vancouver soon!