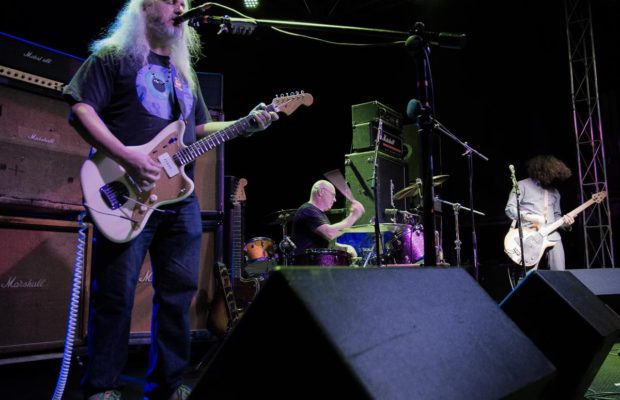 I had the pleasure of catching Dinosaur Jr play to a sold-out crowd at Headliners Music Hall.  I have had a great love for this band since I was in high school, having even saved several of their albums on cassette! Having formed in 1994, they have amassed quite a following over the years and still easily sell out music venues when they tour.  Listening to them play, I could have easily been listening to an album.  J Mascis, Lou Barlow and Murph were tight and in synch with each other, an ease which comes with performing together for so many years.  J Mascis has such a distinct, slightly raspy voice which hits those periodic high notes with perfection. Along with a few new songs, they also performed many of their classic hits, such as The Wagon, Thumb and Freak Scene.  It was a fun and energetic night!