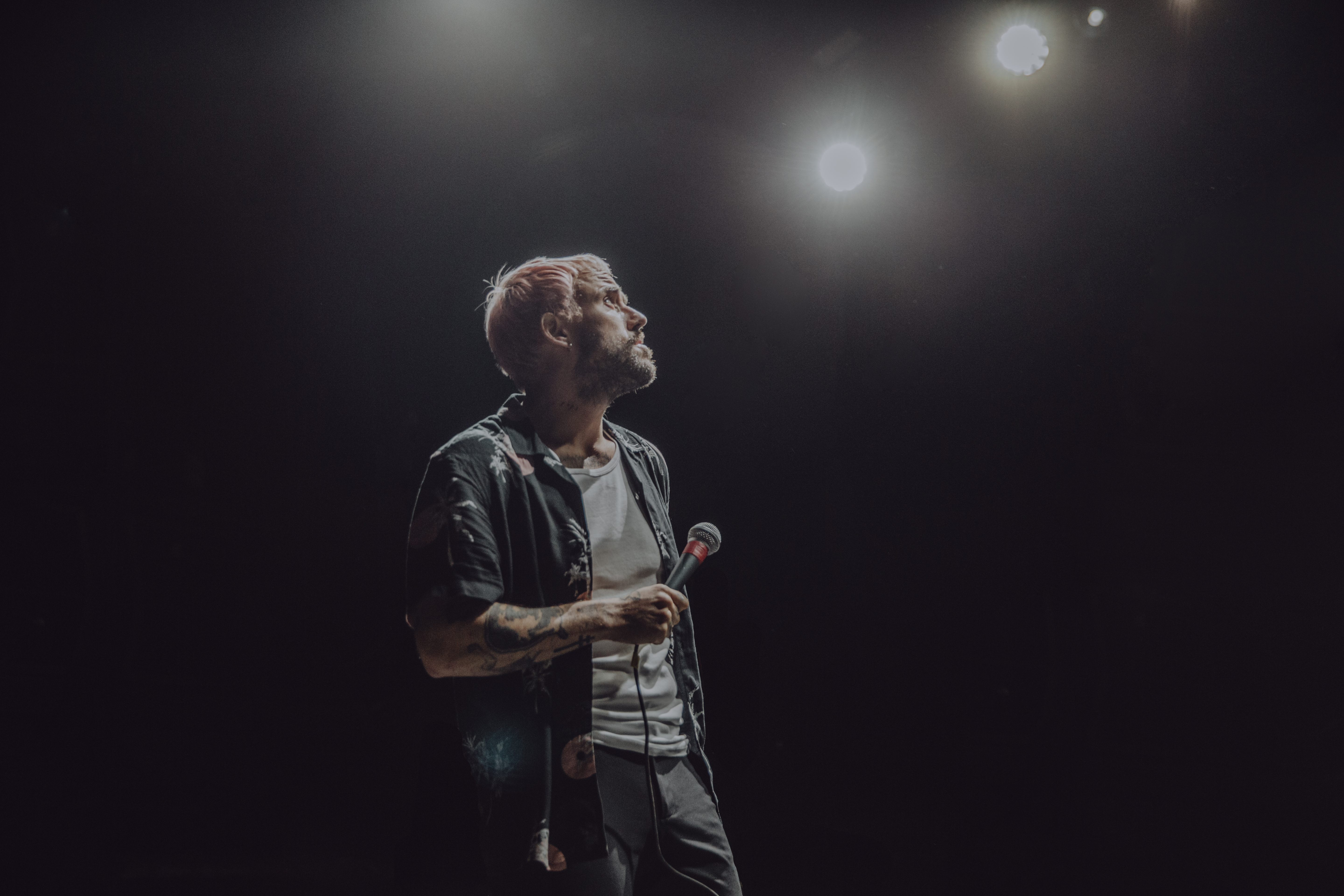 When I say that going to show at Terminal 5 is like trekking to the seventh ring of hell, every single New Yorker will know what I mean. The industrial concert venue is tucked away on 56th street between 11th avenue and the Hudson River, in the land of news broadcast stations and car dealerships. I arrived at the venue just shy of when British punk band, IDLES was set to take the stage. The opening band was screaming into the microphones while they shred their guitars and their long, slimy hair whipped in the air. Never before have I seen a more stereotypical punk show in my life.

IDLES were set to grace the stage at 9pm sharp, but after 10 minutes of waiting the crowd started to become irritable. Chants for the band to come to the stage started throughout the venue, while the hoard of old male photographers in the photo pit argued over who was more punk rock. Just when I thought I couldn’t handle anymore, IDLES came on stage. With huge smiles gripping their faces, the band picked up their instruments and began ripping their first song of the evening, “Colossus.” I should note that guitarist, Mark Bowen, played the entire set in nothing but his underwear!

The crowd was getting rowdy, pushing and shoving each other to the music and inside the photo pit, things were just as rowdy. Photographers were climbing over each other to try and get the action shots in between the nauseating colored strobes that lasted the entirety of the three songs we had to do our jobs. At one point, a photographer stood atop the front barricade and before she could snap the shot, she was humiliated in front of the whole venue by lead singer, Joe Talbot, to get off the barricade.

I left the pit frustrated and confused as the first three songs of the set did not impress me much. However, I decided to stay a little longer to give the band another chance to correct the less than positive taste they had left in my mouth. IDLES played through their hit, “I’m Scum”, one of Talbot’s personal favorite songs, as well as “1049 Gotho” and “Divide and Conquer” before I decided it was time to head out.

After my early departure from the venue, I was thinking about what I had just experienced. I had spent a good bit watching IDLES fans throughout the venue. They would purchase a beer, take one sip and then launch it into the center of the pit. However, nobody seemed to mind as they all looked like they were having the time of their lives, shouting and punching each other whilst covered in beer and sweat. I quickly realized that I was missing the thing that everyone else inside the venue was clearly understanding and loving. Despite my negative impressions, IDLES have proven they’ve garnered a cult like following after nearly selling out Terminal 5, when they were just playing small Brooklyn venues just last spring. I am happy for the band as they continue to grow in their career and make music, but it’s not looking probable that I’ll be returning to an IDLES show in the future.