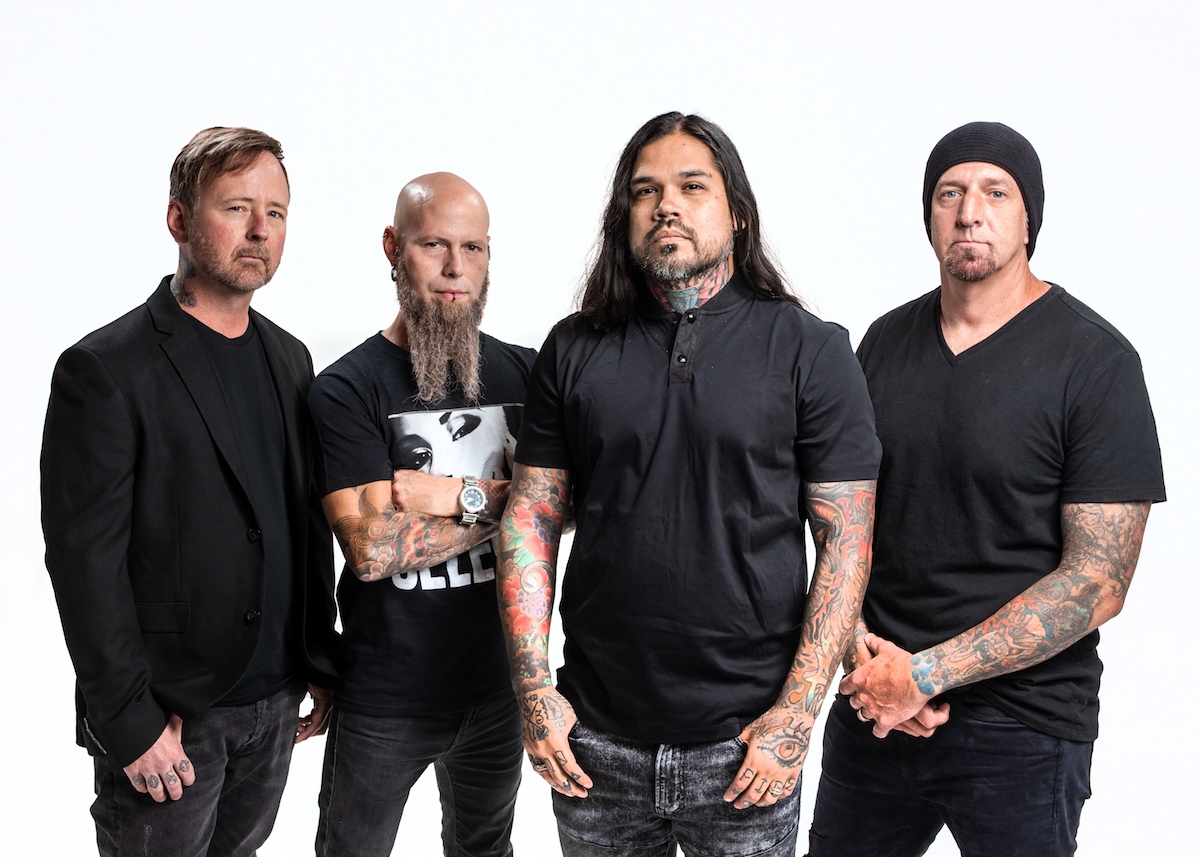 Texas hard rock stalwarts Drowning Pool are proud to officially announce Strike A Nerve, their first new record since 2016. In addition, the band have released “Mind Right,” the first, intense taste of Strike A Nerve and a perfect re-introduction to the band for the 2020s. Their heaviest record to date, Strike A Nerve will be released on CD, 180-gram vinyl and digital on September 30 via T-BOY/UMe and is available for pre-order here.

“This record is so badass, it’s perfect. It’s the four of us doing what we do to the best of our abilities,” says Drowning Pool vocalist Jasen Moreno. “The band is tight in every way. We’re firing off on all cylinders. We’re at the top of our game. There are all different ways of saying it, but it all amounts to the same thing – the results are just magic. From the way the record sounds, to the writing of it, to the production, to the look of it – it’s just a perfect Drowning Pool record. None of us could ask for anything more…”

“Strike a Nerve is the most exciting and intense music from Drowning Pool to date,” adds longtime Drowning Pool guitarist CJ Pierce. “We’ve stayed true to the core sound people know from us, but we’ve taken everything we do to another level. We’ve been writing music together for over twenty years – half of that with Jasen – and this album is more refined and more true to who we are than anything we’ve done before. Sometimes it’s heavier than we’ve ever been, sometimes it’s lighter, and sometimes we go in a direction that surprises even us – but it’s always just brutally honest, and that comes through in every track.”

“‘Mind Right’ started with the core Drowning Pool sound, then really dug into our southern metal roots,” continues Pierce about lead single “Mind Right.” “This song was written not long after Vinnie Paul died, as a tribute of sorts to him and Dime and a way for us to to honor the impact Pantera had on our local Dallas scene. It’s probably the heaviest song we’ve recorded, but it’s the perfect way to close Strike A Nerve; like the title of the song says, we all need to get our minds right. We need to see what’s going on around us, stand up for what we believe in, and always focus on the bigger picture. We can’t wait to play this one live!”

Drowning Pool have long been hailed as champions of blue-collar hard rock and metal, not just because of their consistently incendiary live shows and vastly impressive catalog, but because of the trials and tribulations that have marked their career. They aren’t unique in that regard. What they are is resilient, their everyman, working-class ethos and stubborn perseverance creating a bond few bands ever realize. Strike A Nerve was inspired by wearing life’s battle scars on our sleeves. Those bumps and bruises got magnified during the worldwide COVID lockdowns; lockdowns that started mere months after Drowning Pool completed recording, mixing and mastering Strike A Nerve, an 11-song tour-de-force through the torn and battered psyche of a band. Written and recorded before the pandemic that halted the world in its tracks for more than two years, Strike A Nerve became more poignant with its time on the shelf. The title track and “Racing To A Red Light” are mid-tempo burners like we haven’t heard from Drowning Pool before, the band’s heightened sense of melody coupling with white hot hooks and irresistible choruses. “Can you hear an empty stage, can you hear tomorrow rage… I can’t go forward because I can’t be heard,” Moreno testifies on “Strike A Nerve” – again, a song written and recorded years before the world careened into its current state. “Stay And Bleed” and “Down In The Dirt” are instant Drowning Pool classics, their punishing grooves making the jarring and somber ballad “Everything But You” even more impactful: “I hate everyone and everything, but you…” From the softest song the band has ever recorded, to their heaviest in album closer “Mind Right,” an homage to their hometown friends and brothers Pantera. Formed by Pierce, Benton and Luce in Dallas, TX in 1996, Drowning Pool began as an instrumental trio, named after the 1975 film The Drowning Pool. The group enlisted singer Dave Williams to join their fold three years later and the band signed with Wind-up Records which released Sinner in 2001. Williams died tragically on tour August 14, 2002, stricken by hypertrophic cardiomyopathy, an undiagnosed heart condition. Sinner stands as his only studio album with Drowning Pool. Drowning Pool is Jasen Moreno (Vocals), CJ Pierce (Guitar), Stevie Benton (Bass), and Mike Luce (Drums). Strike A Nerve was produced by Shawn McGhee and Drowning Pool and will be released on September 30 via T-BOY/UMe. You can connect with Drowning Pool via the following links. Bio taken from press release.