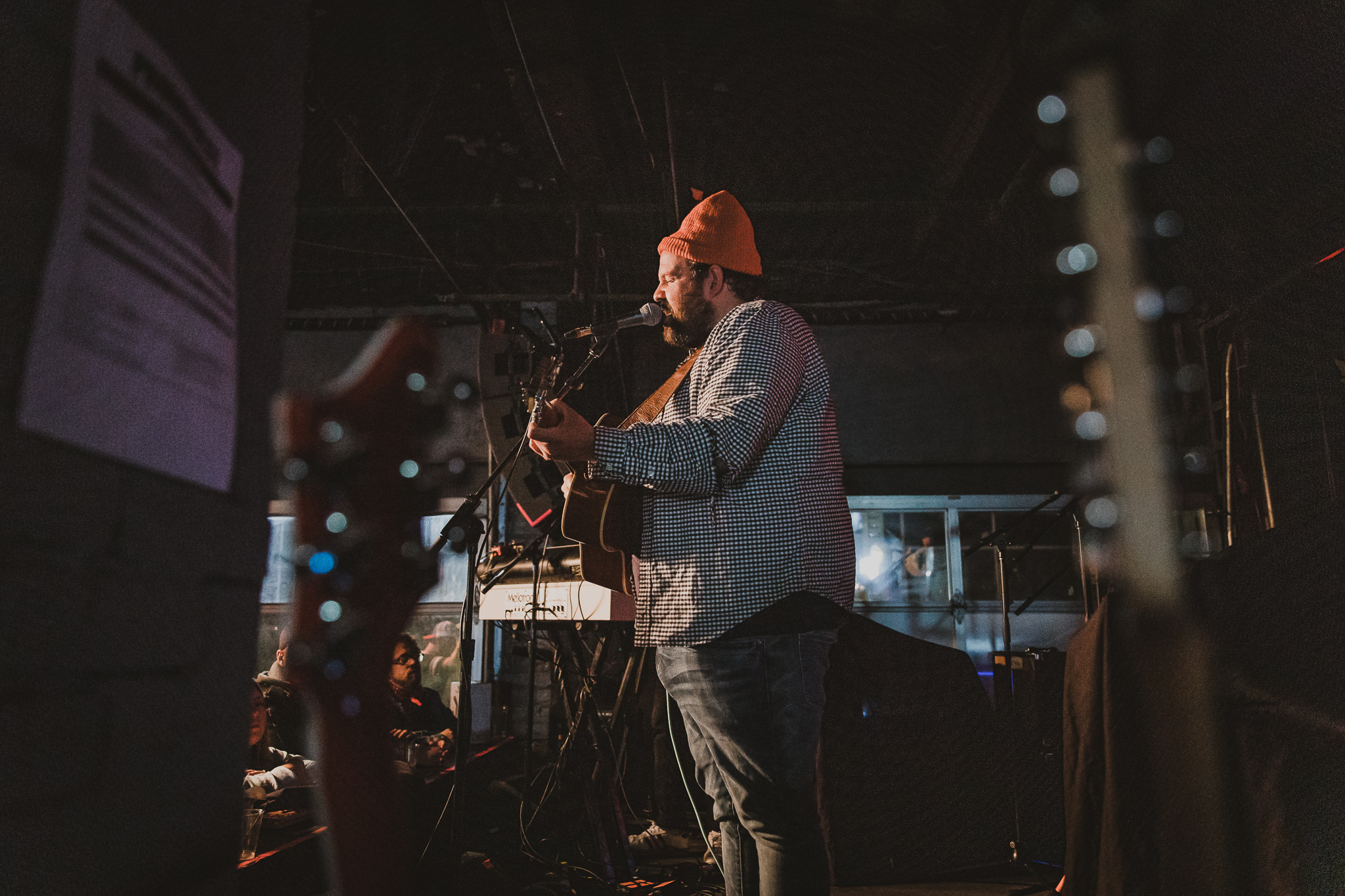 Donovan Woods is a Canadian folk and country singer-songwriter and I first saw him opening up for Alan Doyle a few years ago. When it was announced that he’d play at the A&R Music Bar in Columbus, I simply had to go.

Woods released his first album in 2007 and has been busy ever since. Recently album #6 The Other Way was made available to fans worldwide and included guest vocals from Tenille Townes on “I Ain’t Ever Loved No One”, which was a duet with Rose Cousins in its original Both Ways version.

The show was an opening set for Ruston Kelly and therefore only included 7 songs, but they were a great variety from numerous albums. Woods set was shorty interrupted due to a medical emergency in the venue, but no one minded the short intermission. Between the music, he would indulge us in funny stories about the songs and his life and it was a joy to watch him perform.

If you get a chance to see him perform close to you, make sure to not miss it. Tourdates can be found here.

It’ll Work Itself Out
On the Nights You Stay Home
Our Friend Bobby
Another Way
We Never Met
Portland, Maine
What Kind of Love Is That