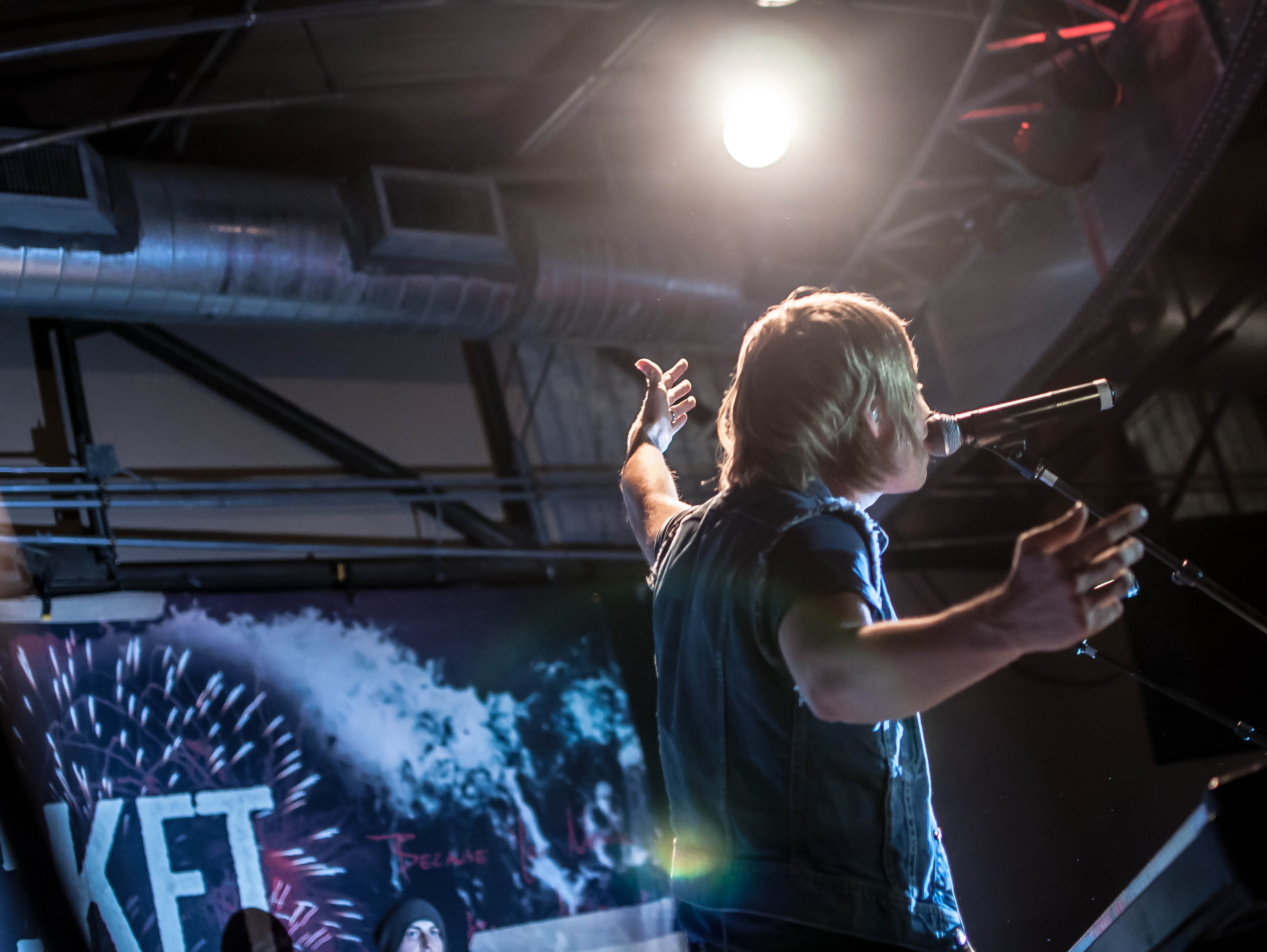 Although the studio of The Warehouse live wasn’t wall to wall packed the bands brought in a good crowd of happy people. The show started later than planned, but that was okay, because when States too the stage they stole my heart. Now, even if States are the baby band tour the members are no strangers to the stage. Coming from bands such as Lydia and Copeland, States knows a thing or two about performance. I think they did a fantastic job, especially with lead vocalist Mindy White recovering from a nasty case of pneumonia. The band, whom are going to re-release their album Room to Run started the show of f right.

Next were two of Stitched Sound favorite boy The Scene Aesthetic (whom with help of we’re giving away ticket to this tour, for those of you who do want to see these amazing bands perform. just sayin’). Watching TSA perform is kind of like following in love, meaning that it’s slow, smooth, and all over makes you feel happy. Andrew and Eric’s fans were screaming and singing along to all of their catch songs about. When they dedicated their song “Humans” to everyone who was in love all the couples in the room and even the singles (hollar) whispers the soft lyrics to each other, or themselves. During “Everybody” all the girls sang along to chorus. The crowd was full of smiles and it was just a good time. Of course they ended their set, with the first and still amazing song “Beauty in the Breakdown”, which is still a crowd favorite almost four years later!

Now I’m not going to be a typical Texan and say that everything is Bigger and Better in Texas, because I’ve never been a to a show outside of Texas, but I can say that Texas bands treat their state right when they come here. The Rocket Summer seriously loves his state. Bryce Avary has to be one of the most inspirational musicians and performers of our time. Avary started his set off showing his multiple instrument playing skill by playing every instrument on stage and having them recorded and repeat. It was pretty amazing to see his move from hitting drums to playing guitar. Actually seeing him create these sounds was just mind blowing. His band then enter the stage and the show began. This wasn’t my first The Rocket Summer show, although it’s been awhile since I’ve seen him I wondered if his performance that night was going to compare to the amazing ones he’s had in the past. He went beyond my expectations. Playing songs from his upcoming album Life Will Write the Words including some old tracks such “Do you Feel” and “Brat Pack”. He put out all of his best moves, including performing a song in the middle of the crowd and relying on the medium sized crowd to carry him back to stage. What stood up with the performance is the epicly long encore. Most bands will just come out and play a random old song or a song that you knew they left off on purpose, however The Rocket Summer did something completely different. The band practically played an entire other show. I had a chance to get a glimps of the two songs that were planned on the set list as encore songs, but Bryce and the band actually did about six more songs on stage with just as much energy as they played earlier. I’m pretty sure if it wasn’t the city curfew which prevents all ages shows from ending later than 12 AM they would have kept playing!

All the bands were amazing and played their hearts out. This is a summer tour not to miss.