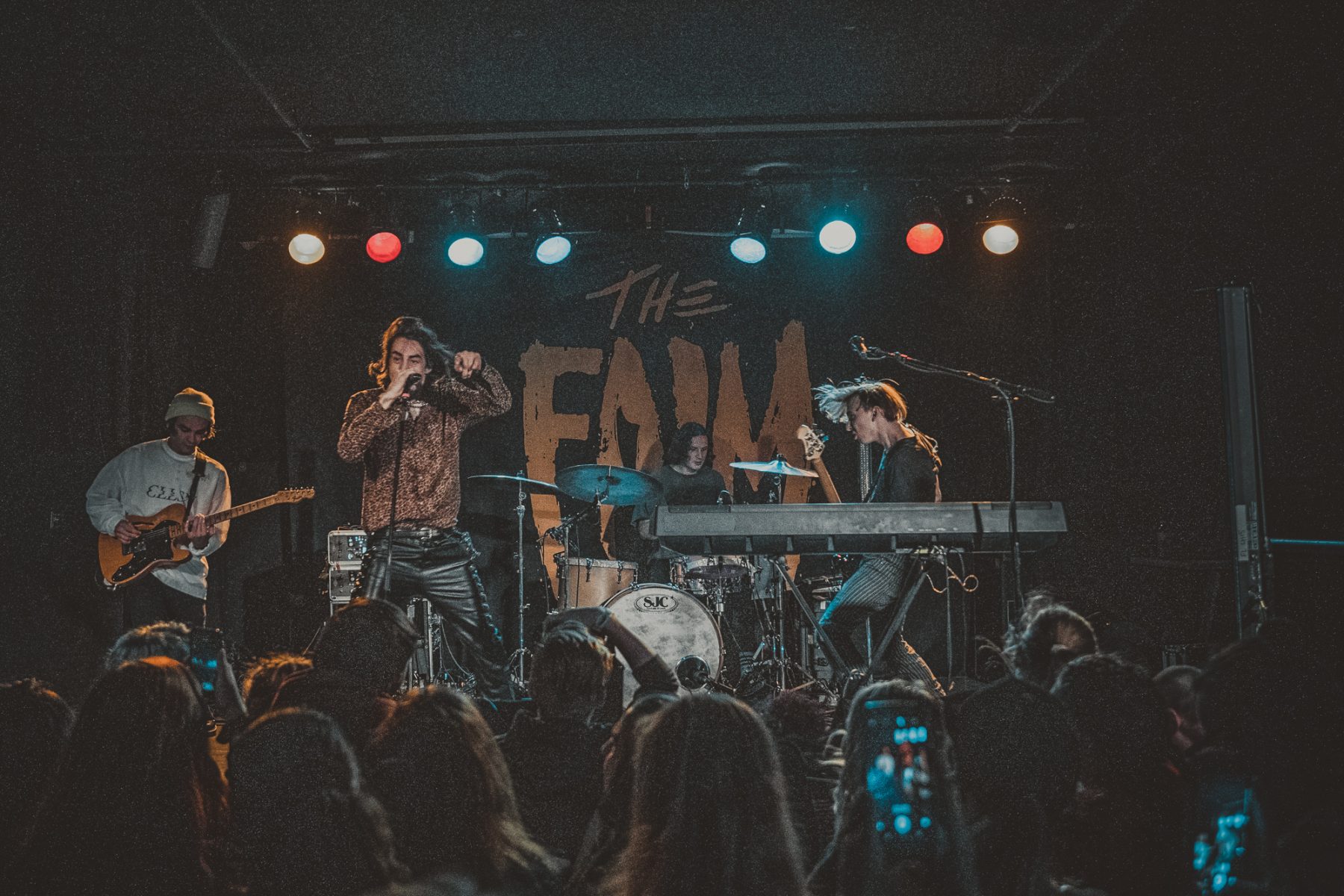 If you’re reading this and you’re asking yourself “who are The Faim?” I did the exact same thing a few weeks ago. I was surprised, I had never heard of this group, and suddenly I see they are co-headlining a tour with Stand Atlantic and they have some top-notch support in WSTR, and Point North.

Originating from Perth, AU. The Faim has surged in popularity. What started at a long shot of an attempt has been the foundation of success for the Australian four-piece. After reaching out via Instagram to John Feldmann regarding wanting to work with an unsigned band. He chose The Faim, shortly thereafter, the likes of Mark Hoppus (Blink-182) Pete Wentz (Fall Out Boy) and John Dunn (Twenty One Pilots) all joined the ranks of this project. So the question begged to ask, What is so special about The Faim?

`Last Sunday, I found out first hand. As I paced around the crowd in Portland, The Faim took the small bar stage. With mediocre stage lighting, Immediately diving into Saints Of The Sinners. Josh Raven (lead vocal) commanded the attention of the audience. within a matter of 45 seconds, everyone was captivated. With an incredible boisterous voice and exuberant energy, Josh Raven showed his raw vocal prowess as he leads the crowd through an hour of feel-good rock.

The unfortunate part of co-headline tours is you just don’t have enough time to perform all of your best work. Josh had announced it would be their last song.  The Faim closed out the set with concluding track of their album. Aptly sharing a commonalty with the records name. the backtrack for  State Of Mind rose through the speakers. The Small band from Australia showed they are a force to be reckoned with. I cannot say enough good things about this band, and I’m looking forward to seeing them again in the future!