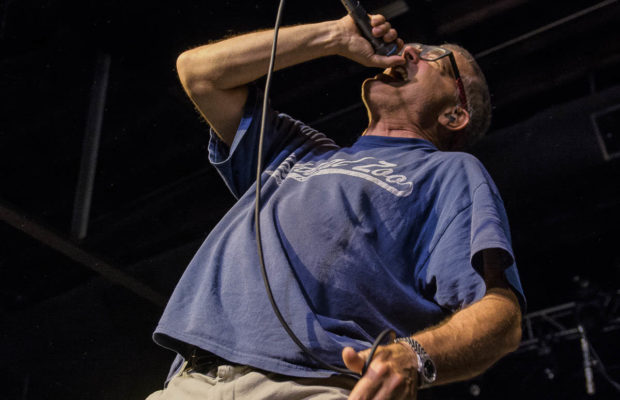 Iconic punk band Descendents performed recently in Nashville, TN to an energetic and passionate crowd of fans.  Having formed in 1977, the band has amassed quite a fan base over the years with their fun and catchy punk songs!  Singer Milo Aukerman, guitarist Stephen Egerton, drummer Bill Stevenson and bassist Karl Alvarez were having a tremendous amount of fun with each other on stage, as well as with the crowd.  Throughout the set, the crowd had a circle pit going with fists in the air and plenty of crowd surfing and sing alongs, with the band loving every minute of the fun and infectious positive energy.  The band played a long and varied set list with plenty of classics, such as “Good Good Things”, “Clean Sheets”, “Suburban Home” and “Silly Girl”, as well as plenty of new songs, including “Smile”, “Shameless Halo” and “Without Love”.  Towards the end of the set, Milo jumped off of the stage, into the photo pit, and sang a song amongst the fans along the barricade!  After ending their set with “Descendents”, the band proceeded to come back out and wow the crowd with two encores, which included the songs “‘Merican”, “Bikeage” and “I’m The One”.  The band gave their fans a long and fun night of music!  Missouri punk band Radkey and Nashville country rock band Raelyn Nelson Band opened the show.