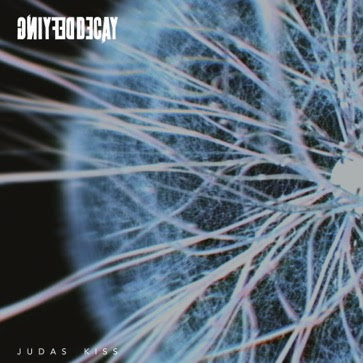 Bangkok band Defying Decay recently released their second single, “Judas Kiss”, from their upcoming album Metamorphosis, along with an accompanying music video.  Comprised of Jay Euarchukiati, Kongpop “Jump” Thongrat, Howard Fang, Theon Adam and Mark Mironov, the band included visuals in the video from the critically-acclaimed & multiple award-winning short film APEX. The film was a collaborative effort between Jay, who executive produced, and director Stuart Birchall.  APEX is a dark experimental sci-fi that has received over 50 awards since its release in 2018 and continues to inspire audiences worldwide. It’ll be featured in Slamdance later this month, and can be see at a variety of online festivals this year. The two both love the arts, anime and science fiction and have worked together on a number of short, conceptual films.  Jay developed an interest in a collaboration with Birchall following Birchall’s work with Architects, Kerrang!-winning work with Bring Me The Horizon and a series of films for Bullet For My Valentine.

“This song was the first song we finished writing for the album. It was originally on a 8-bit sounding synth and it was the first time that I decided to experiment more with electronic elements. With vibes of urgency, aggression and mystery, I’d say this is definitely something on the more heavy side of this album we’ve worked on.

In regards to the video, I wanted something different – I feel like band performance music videos are getting boring, especially as we have a few of those. The video footage that we used was actually suppose to be for the narrative for our previous single ‘Ghost’ but when it was done, myself and our director Stuart thought it was too good on it’s own so we kept it and used it to make our short film “APEX”. We then later used it to develop a music video for ‘Judas Kiss’.”

You can follow the band via the following links.  Check out the video for “Judas Kiss” below.