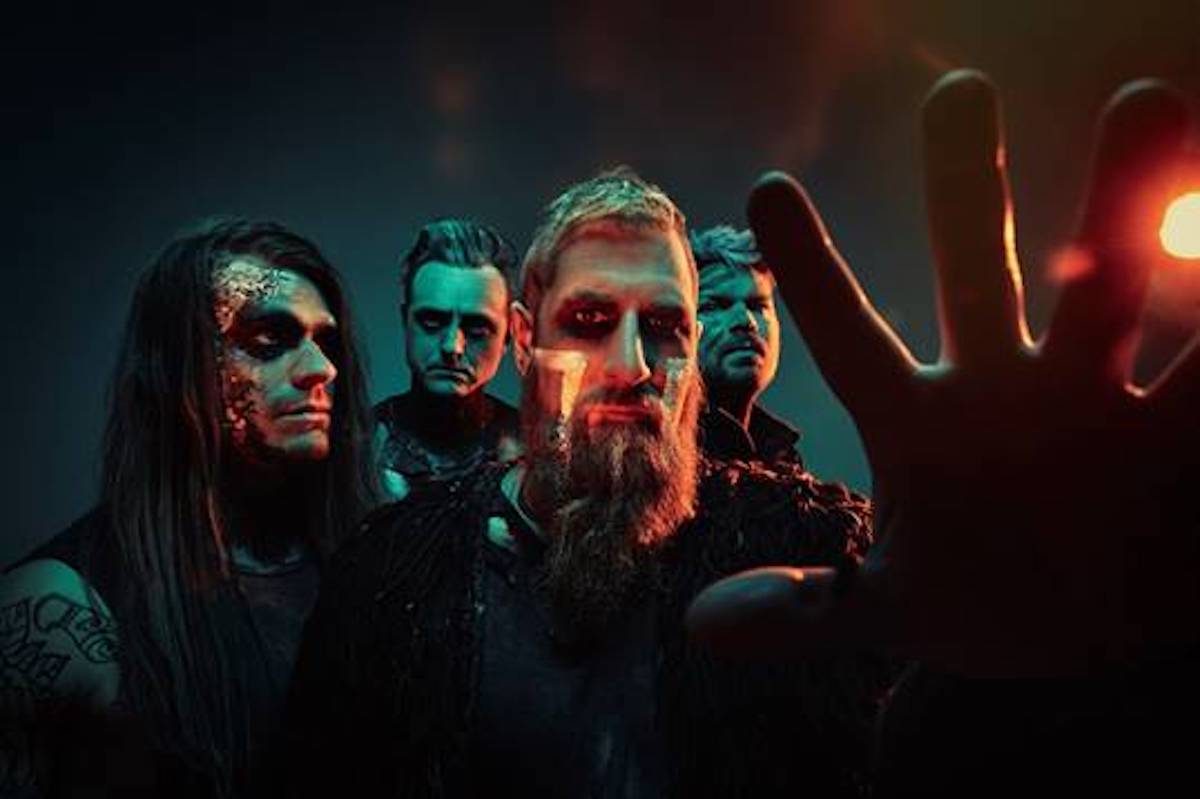 Fast-rising rockers DED have released their high octane, brand new music video for their explosive lead radio single “A Mannequin Idol (Lullaby)”.  The video, directed by renowned director Marc Klasfeld (Slipknot, Red Hot Chili Peppers, Foo Fighters, Highly Suspect), premiered digitally via Noisey and made its broadcast debut on Music Choice.  Displaying DED’s bold and dynamic songcraft, “A Mannequin Idol (Lullaby)” was produced by powerhouse rock producer Kevin Churko (Five Finger Death Punch, Ozzy Osbourne, Disturbed), who helmed DED’s entire forthcoming sophomore studio album due out later this year on Suretone Records.  The roaring single, which is quickly climbing the Active Rock radio chart with key playlist support across streaming services, questions what we consume and what we choose to support, taking on the fake, surface level, vein aspects of our society that infiltrate our lives and influence our perception of what’s real.  The new video follows the release of DED’s micro EP Mannequin Eyes, featuring  “A Mannequin Idol (Lullaby)” and the ripper, “Eyes Sewn Shut.”  Swelling into a wall of soaring guitars and driving percussion, the track dares us to wake up and challenge the things that we so readily accept to be true.
DED – Joe Cotela (vocals), David Ludlow (guitar), Kyle Koelsch (bass), and Matt Reinhard (drums) – may appear to be nihilistic, hellraising anarchists upon first glance, but they’re here to uplift, empower and contribute something positive to society.  During this challenging time of quarantine and isolation as the world responds to the COVID-19 pandemic, DED’s message of hope, self-care, the importance of looking after one another, and being aware of how our behaviors affect not only our own mental health but each other, is needed now more than ever.  DED’s new music takes on the fury of their debut and deepens the emotions with a compassion for humanity and a thought-provoking consciousness that we can all be and do better, not only for ourselves but each other. After taking the rock world by storm with their 2017 debut album Mis-An-Thrope, which spawned two Top 20 rock radio singles, DED toured with KoRn, In This Moment, and Stone Sour, and lit up festival stages including Aftershock, Louder Than Life, Rocklahoma, Carolina Rebellion, Rock on the Range and Ship Rocked.  Quickly becoming one of rock’s most exciting torchbearers, DED embodies elements of rock, alternative and metal, with pop melodies, cloaked in some of the most histrionic, headbanging music on the planet.  But when you dig beneath the surface, DED’s unexpectedly soulful music is building a community by offering comfort in times of despair, clarity through suffering, and positivity by exposing negativity, proving that there’s a way to live through the struggle and come out stronger, happier and more united on the other side.  DED’s forthcoming album will be the first release under Suretone Records’ renewed multiple-year deal with ADA Worldwide for exclusive distribution.  DED is managed by Jordan Schur for Suretone Entertainment.  You can follow DED and stay up-to-date with all upcoming music and band news, as well as stream and purchase their music, via the following links:
Website | Facebook | Instagram | Twitter | Spotify | iTunes/Apple Music | YouTube | Deezer | Google Play | Suretone Records