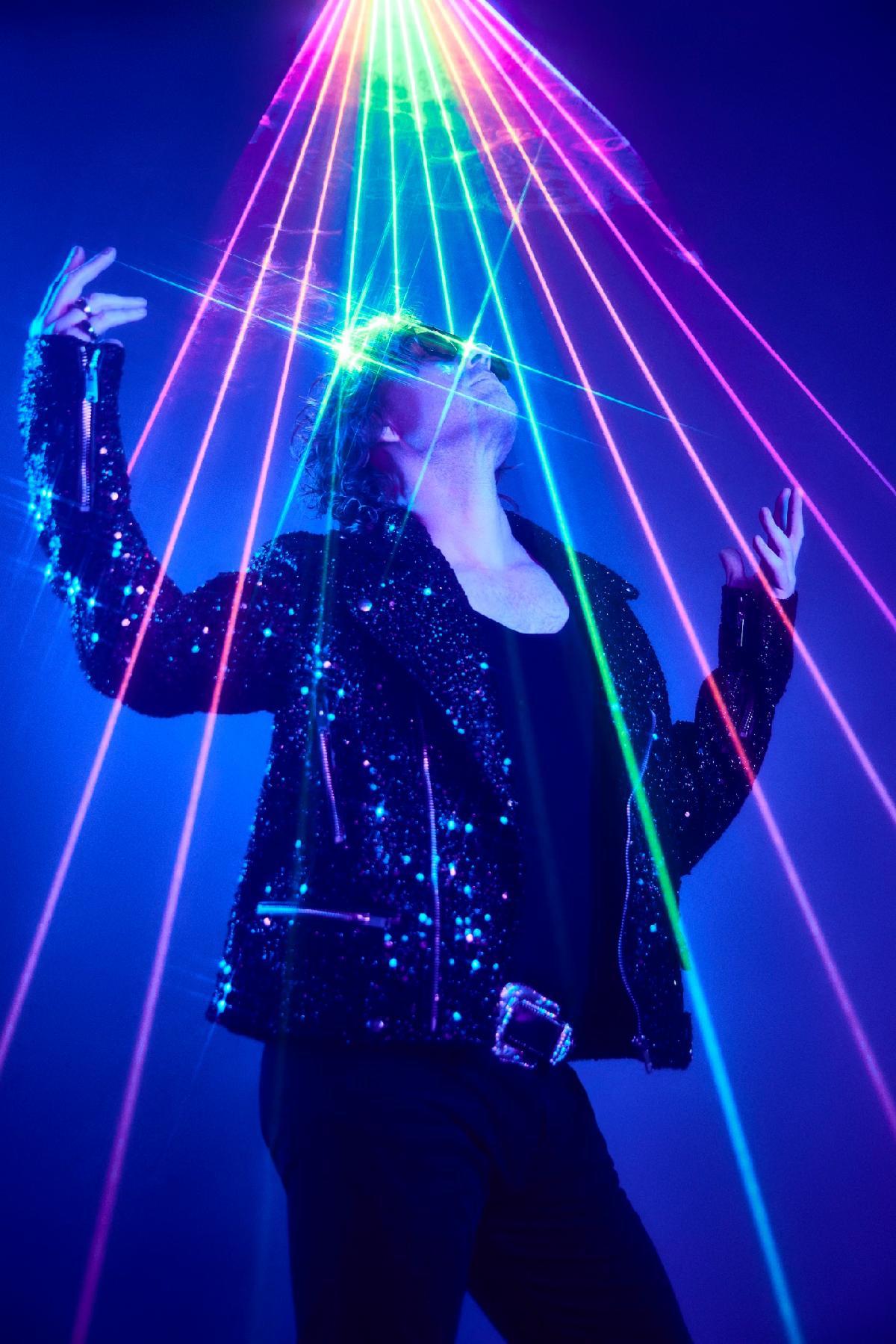 International platinum selling singer/songwriter Darren Hayes of Savage Garden fame has announced his new album Homosexual, out on October 7th, his first new solo album in 10 years, along with the release of dance floor anthem “All You Pretty Things,” dedicated to the victims of the Pulse nightclub shooting. Written, composed, and produced entirely by Hayes, the forthcoming collection’s latest offering “All You Pretty Things” is a tribute to the 49 lives lost in the 2016 shooting in Florida as well as a love letter to the LGBTQ community and its pioneers, past and present, responsible for the freedoms we have today, calling for us to celebrate the memory of the lives lost through dance. Breaking away from the restraints and, as he describes, the ‘controlling image’ of a major label at the beginning of his career, Hayes’ path of self-discovery and reclamation of his truth has been one that fans have been able to see flourish in recent years. With his forthcoming album Homosexual, he is reclaiming a word that was used to shame and vilify. Now, fans and industry alike are introduced to the Darren Hayes who has always been there – yet here, he is at his most vulnerable, most engaging, and most vital. Through each track on Homosexual, Hayes is in confession mode, revisiting his painful teenage years, examining his relationship to his sexuality and reclaiming the experience of surviving a violent childhood and bullying; ridding himself of shame through the lens of queer joy. There’s a deliberate nostalgic musical nod to the safety of the pre-2000’s dance floors and queer sub-cultures that were the soundtrack to his personal coming out story. It’s also a deeply personal insight into relationships at mid-life, set against a musical backdrop of synthwave and post-disco.

“I named my album ‘Homosexual’ for a variety of reasons. The most obvious, is that I’m a gay man who grew up in an era when that word was used to shame and vilify people like me, so I wanted to reclaim it. I’m also a recording artist who came up in an era where being openly gay was frowned upon and I experienced first hand, the attempted erasure of my true identity from the marketing department of a major record label. But perhaps the most important reason I chose this title is that in 2022, I’m living in a time and in a country where the freedoms of LGBTQI+ people are more at risk than they’ve ever been,” shares Hayes. “Moments like the ‘Don’t Say Gay’ bill in Florida, or the constant attacks on trans people, have made it clear to me that now is the time to be as loud as possible about who I am.  So on the front cover of my album, I’m proudly lounging upon my version of a stairway to heaven. Emblazoned across me, in the brightest hot pink neon, is a word the 11 year old me used to be terrified of. I lounge proudly underneath the electric buzz of this symbol, this term that used to be used to denigrate people like me. Now it’s my word. Now it means whatever I want it to mean. If you haven’t worked it out yet, I think it means something magical, amazing, unique and essential. My name is Darren Hayes. And I’m a proud Homosexual.”
A dynamic new era for Hayes both sonically and artistically, 2022 marks his 20th year as a solo recording artist as well as the 25th anniversary of Savage Garden’s acclaimed debut, self-titled album. “All You Pretty Things” follows the release of deeply personal single/video “Poison Blood” which articulates Hayes’ experience with depression and suicide as well as the effervescent “Let’s Try Being In Love” and vibrant club banger “Do You Remember?” . Through nostalgic, feel-good dance-pop, the Australian singer is reclaiming his time on his terms, inspiring listeners to do the same and live authentically. The multi-award winning songwriter and performer cemented his return earlier this year with an epic headlining performance at the 2022 Sydney Gay and Lesbian Mardi Gras celebration, invigorating the crowd at the Sydney Cricket Ground to critical acclaim and fanfare. Darren Hayes will return to Australian and UK stages for the first time in over a decade in January/February 2023 with his ‘Do You Remember?’ Tour – 25 Years Of Savage Garden, Solo Hits And More (find more info and ticket info HERE).
Savage Garden (Darren Hayes and Daniel Jones) rose to fame in the late 90s courtesy of their hits “Truly Madly Deeply,” “I Knew I Loved You,” and “I Want You.” Since its release in 1997, their self-titled debut album has been certified 12x Platinum in Australia, 7x Platinum in the US, and Diamond in Canada. They are one of only two Australian bands to have ever had two #1 singles in the US and are the reigning record-holders for the longest number of weeks on the Billboard Adult Contemporary Airplay charts in the US for their singles “I Knew I Loved You” (124 weeks) and “Truly, Madly, Deeply” (123 weeks). Savage Garden, whose official YouTube channel has amassed nearly 900 million views, is Australia’s biggest and most successful musical duo. You can connect with Darren Hayes via the following links. Photo credit: Lindsay Adler. Bio taken from press release.
Facebook | Website | iTunes/Apple Music | Deezer |  Instagram | Twitter | YouTube | TikTok