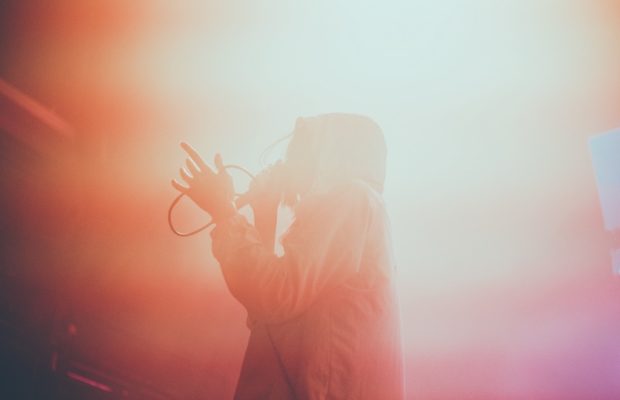 Those who decided to venture out to Alison Wonderland’s Terminal 5 show a little early Thursday night were in for a treat; for electro-pop artist Elohim was soon to take the stage. The Los Angeles based musician’s lyrics have been on the tongue of many music lovers and her beats registering through their subconscious since the release of her singles “She Talks Too Much” and “Xanax” in 2015; however, it is clear that now more than ever Elohim is gearing up to take over the world.

As soon as the house music quieted, the stragglers waiting in the venue’s hallways were quickly drawn in. Elohim walked out onstage decked out in a body covering uniform and large sunglasses covering her eyes and face. She adorns herself with mystery, but beyond that she allows her music to speak for itself; and that it does.

There are plenty of opportunities so see Elohim live this year if you haven’t already. Her tour with Alison Wonderland continues this fall and then in November she heads back out on the road in support of Jai Wolf. You can check out all her upcoming dates, and keep up with Elohim here.