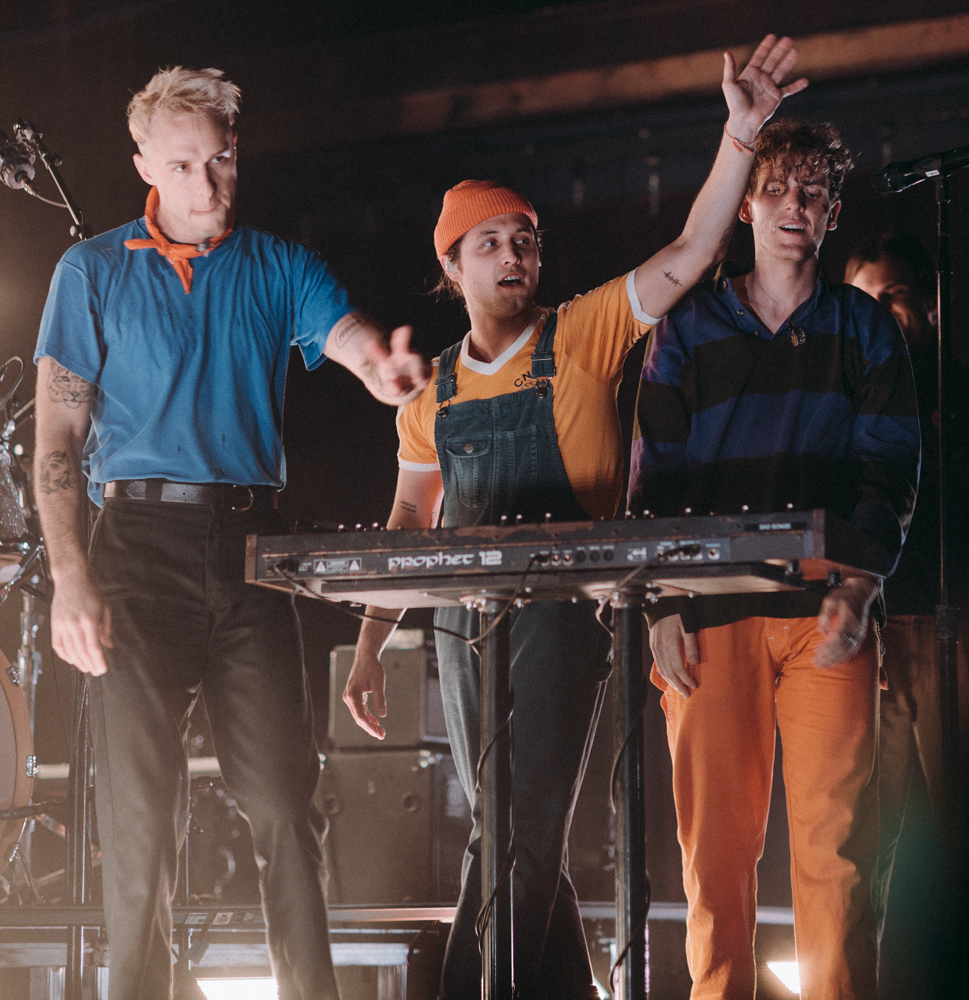 Nashville based, indie pop band COIN closed out their North American tour in Louisville at mercury ballroom with openers, Dayglow.

Fans of COIN are so dedicated that many of them travel from city to city to see their set, and if you’ve ever seen COIN you would understand why. COIN came on stage with some of the highest energy I’ve ever seen causing the crowd to go wild. The ground was shaking and fans were having the time of their lives singing along.

COIN’s relationship with their fanbase is very unique and feels somewhat like a family. Their shows are such an uplifting and positive environment that will leave you with the biggest smile on your face, and most likely leaving the show with some new friends.

Lead singer, Chase Lawrence, came into the crowd several times throughout their set holding the microphone out to fans and all anyone could hear was the crowd screaming along.

COIN played one of my favorite songs, “Malibu 1992”, and It was a moment I’ll never forget. The fans started to sing louder than COIN and chills went up my spine. During their song “Fingers Crossed” the crowd turned into a mosh pit which is unusual for the type of music being played, but so fun to see. There is something so special about their music and the way it connects with the fans during the live show.

COIN closed out their set with “Feeling” and the entire room turned to one big dance party; the perfect way to end the night.