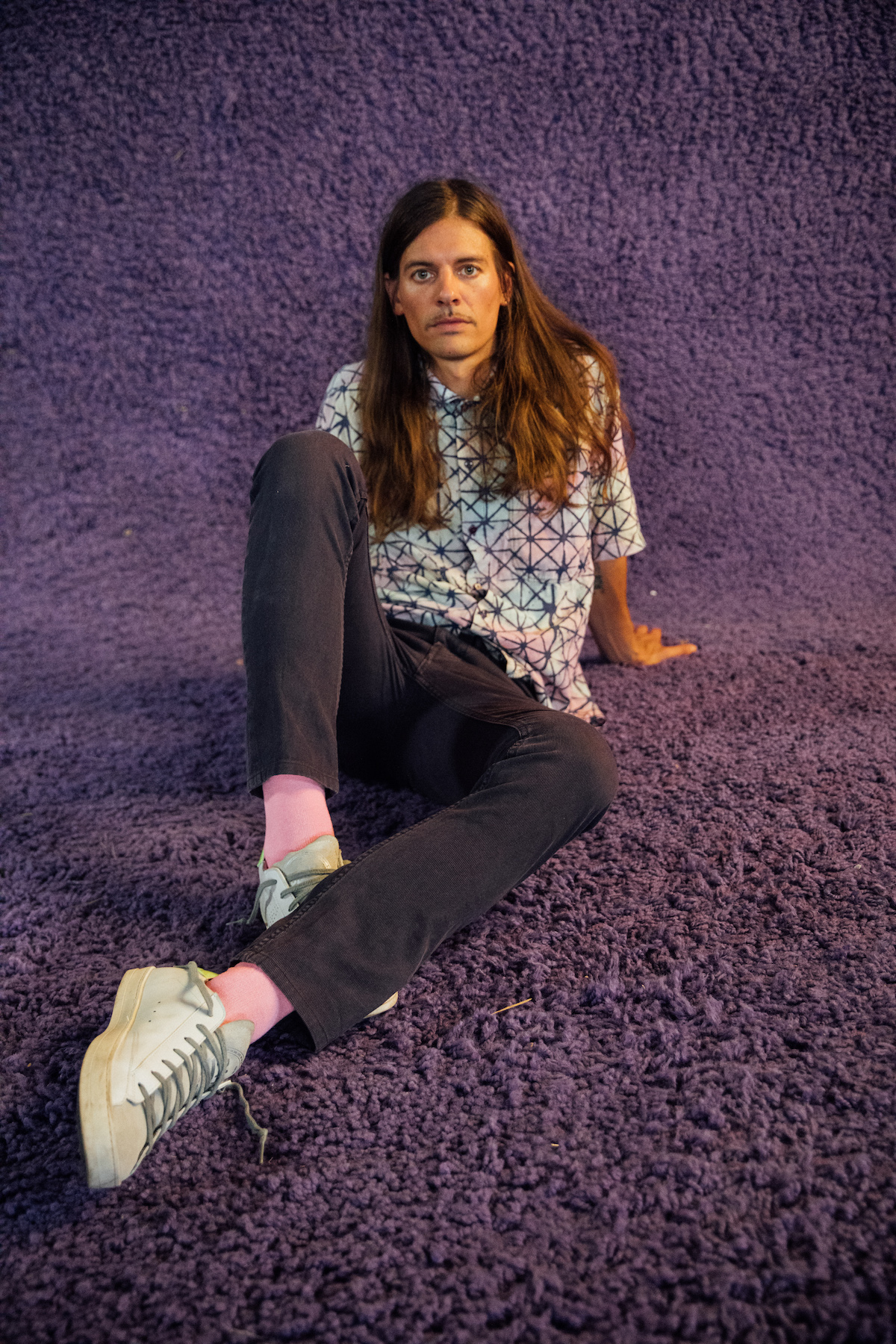 A resilient musical pioneer who thrives off of experimentation and pushing the limits of his own creative boundaries, Jude Shuma has quickly risen as one of the most inventive artists in today’s indie scene and has seen his infectious tunes form part of the soundtracks for popular shows such as ABC’s “Agents of S.H.I.E.L.D.” and the CW’s “Riverdale.”  Recently, the Chicago-based creative visionary returned, allowing his innovative new project Suzy Space Cadet to finally take flight.  Born from the monotony of quarantine and the freedom of unrestrained experimentation, Suzy Space Cadet is a true multimedia project that offers an intriguing way of consuming music and art. One part album and one part comic book, the project reveals a new side of Shuma’s captivating ingenuity, finding its roots in the idea of re-amping sounds while telling the story of one girl’s incredible tour through the galaxy.

Although experimental in nature, the nine-track album maintains the warm and euphoric ambience that Shuma has become recognized for, uniting psych lo fi pop music and depression wave soul, as it dives into the compelling saga of Suzy Space Cadet and her journey of self-discovery. Finding its match in the colorful and trippy illustrations of the German artist Denise (IG: @surudenise), who worked with Shuma to create the comic book, fans can follow Suzy as her story unfolds, track by track, across the pages. Physical copies of the comic books have been distributed around Chicago, but fans can purchase their own copy, which includes a QR code for the album, via the artist’s website here. At Shuma’s own suggestion, the Suzy Space Cadet project is best experienced as a whole, with fans hitting play on the album while reading the comic, all after smoking cannabis.  The thrilling adventure of “Suzy Space Cadet” begins with the hypnotic title track, which pays homage to the ’60s psych movement and serves as the first introduction to the extraordinary protagonist. Shuma explains:

“I wrote the story of Suzy Space Cadet before I even started to write any of the music. About a girl who, despite having a lover and beautiful life, is still filled with longing and desire to go out and explore the galaxy. She finally leaves home only to find that her lust for wandering would be her ultimate demise. That all of the new friendships and partying she did along the way left her feeling more empty and meaningless than before. She realized everything she ever needed was back at home; she already had it.”

“Once I wrote the story and established the concept of outer space, the record took off on its own. I started to experiment with sonic textures using my Roland 201 Space Echo religiously. I got real deep into the idea of re-amping tracks at that time. I would either completely alter a sound or maybe take both the original and the reamped track and blend them both together. It was a lot of toying around with ideas and wanting to find unique tones.”

Jude first discovered his passion for music in early adolescence, finding inspiration in the melodic yet simple songwriting of legendary acts like The Beatles and Nirvana. Armed with an 8-track recorder, he began to write and capture his own ideas on tape, a hobby that has since resulted in an impressive collection of over 100 songs that ignite the imagination and fuel the spirit, beckoning anyone who hears them to join in on a dream-fueled journey through multicolored sonic innovation and fantasy.  Encouraged by a friend to release some of the one-of-a-kind songs he’d been working on, in 2015, Jude uploaded the kaleidoscopic track “Subterranean Feelings” to Soundcloud, where it was promptly picked up by HBO to be featured in their hit series “Ballers.” Shortly thereafter, the talented visionary officially burst onto the scene with his debut album “Afternoonified” and went on to record two follow-up EPs, “Insomnium” and “Biggest Hits,” which were both self-recorded and produced at home and both mixed by Benjamin Rice (“A Star is Born” soundtrack, James Bay, Selena Gomez ). Following the release of his first LP “Reflection,” his music started gaining even more traction, garnering placements in popular television shows such as the CW’s “Riverdale” and “Nancy Drew,” Lifetime’s series “You,” and ABC’s “Agents of S.H.I.E.L.D.,” “Once Upon a Time” and “Quantico,” as well as in films such as “The New Romantic,” “Greta,” “You Can’t Say No,” and “The Speed of Life.”  You can connect with Jude Shuma via the following links: