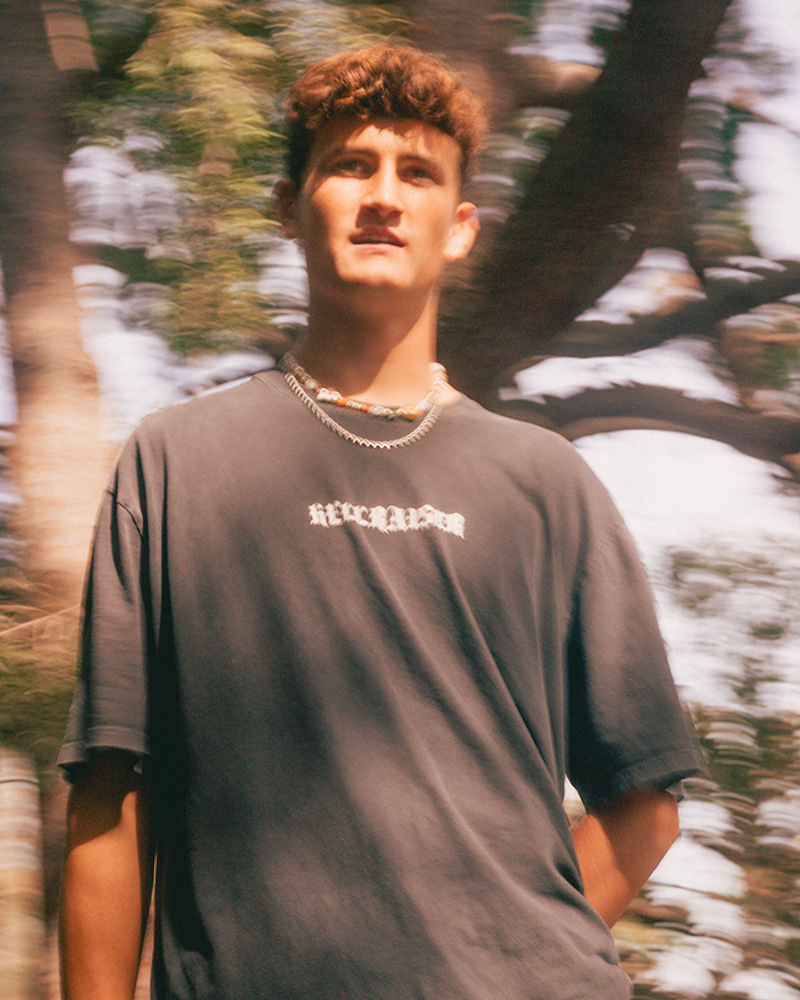 20 year old Arden Jones was born in Marin County, just north of the Golden Gate Bridge.  Arden comes from a family of musicians and writers.  He spent his childhood around performers, performing regularly himself.  He grew up attending concerts and festivals in San Francisco and Oakland and at home he was exposed to rock, jazz and blues from a young age. He taught himself to play guitar, piano, mandolin and stand-up bass, and was most inspired by rappers, everyone from 50 Cent and Tupac to J.Cole, Chance, Russ, XXXTentacion and Mac Miller. He began writing songs in high school, recording music in his room late into the night when he was supposed to be doing his homework. Arden studied film in high school at the Marin School for the Arts and went to college at the Dodge Film School at Chapman, but realized by the end of his freshman year that all he wanted to do was write music, so he began releasing songs, first on SoundCloud and eventually on all platforms.  His first release, Parallel Parking, in January of 2021 launched his career as it went viral on TikTok and amassed millions of streams on Spotify and other platforms, as well as charting on Spotify’s Viral 50 charts in Australia and New Zealand and being featured on New Music Friday and other top playlists (including Fresh Finds: Pop, Pop Sauce, Front Left, Good Vibes, softly, Summer Chillout, Varsity Bars, and young & free and others).

Arden has always forged his own unique path – one of the main themes of his songs – and the success of his first release confirmed that it was time to drop out of college and move to Los Angeles to pursue music full-time. Arden is a seeker.  He represents every kid who sees a preset path and just can’t take it.  He is the kid who rejects the empty route and has to do things differently to feel free, alive, wild, happy and in love.  When he’s not writing music you can find him carving new paths on Pacific waves.  Arden Jones has been called a “hook machine” for the way he can churn out songs on a daily basis, and has developed his own layered sound and style, a lyric-based rap-pop crossover.

Arden has released his latest upbeat track, “either way”, reminding us all that “either way the sun gonna shine.”

“’either way’ is a song about perseverance and hope,” Arden says. “No matter what happens, good or bad, one thing you can be sure of is the sun rising the next day. I love thinking of things this way because it makes it feel like we are all alright. Nobody really knows what they’re doing in this life, we are all trying our best.”

You can connect with Arden Jones via the following links.  Photo credit: SJ Spreng.