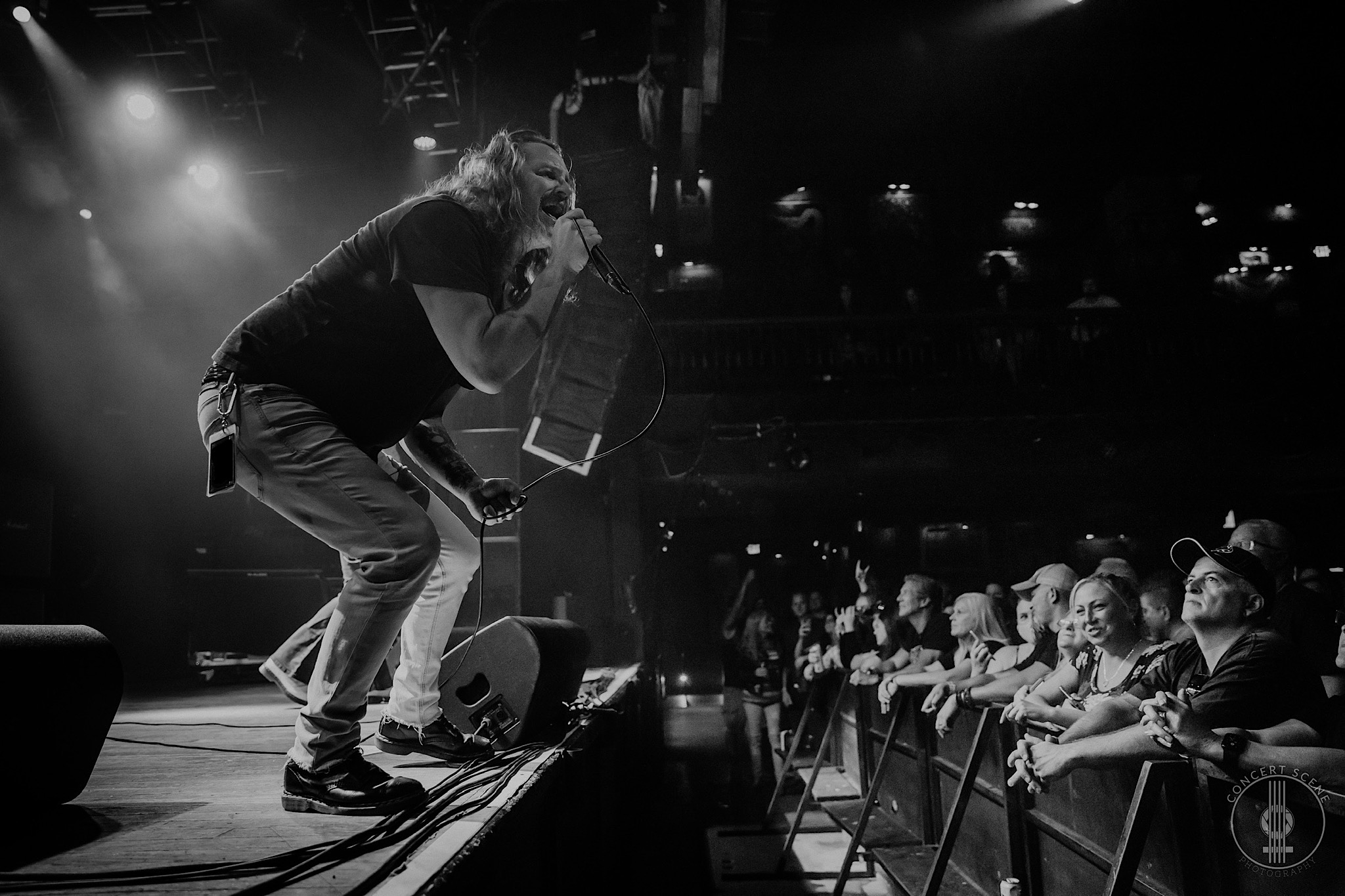 Rock is not dead in Cleveland, even on a Wednesday night according to hundreds of fans. Candlebox headlined the House of Blues with The Dead Deads opening the show.

The Dead Deads opened up the show in Cleveland.  The three-piece female rock ensemble, hailing from Nashville, brought a set of powerful rock sounds at levels comparable to larger bands.  The trio switched their sound up mid-set to showcase their acoustic capabilities for their musical tribute to those lost in the last eighteen months.  Meta, the band’s lead vocalist and guitarist, pulled double duty on keys and acoustic guitar. Ending their set the way they started, these three ladies ended their set with a punch that was pleasing to their loyal fans and the new fans they made in the crowd.

Candlebox took the stage for a ninety-minute set of crowd-pleasing favorites from their seven full-length releases, including their latest album, Wolves, set to be released Friday, September 17th.  The band opened up their set with Arrow, a high-energy crowd favorite from the band’s 1993 debut album, following up with Stand off of 2008’s Into the Sun album.  Dedicating Blossom to “all the sexy mammas” in the audience, Kevin joked it’s one of the best parts of a Candlebox show.  Sweet Summertime featured a guitar solo battle between both of the band’s guitarists, Brian Quinn and Island Styles, with Kevin Martin instigating riffs from both musicians.

The band performed three new songs off of Wolves including All Downhill from Here, My Weakness and Riptide.  Dedicating Riptide to all those who have had their own struggles in the last two years, Kevin described the song as being  “about that friend of yours or family member close to you that told you to put your fucking boots on and get some shit done” and featured Memphis Hennesy on keyboards.  This true Candlebox rock ballad captivated the audience and showed the jovial side of Kevin Martin as he attempted to hit the ending three times prior to saying “fuck it” and finishing in a different key, chalking it up to sinus issues.

After expressing how much they love Cleveland and promising to come back next year, the band ended their set with their two top singles off of their 1993 debut, You followed by Far Behind.

For more information go to Candleboxrocks.com for the latest tour dates or to order the latest release, Wolves.