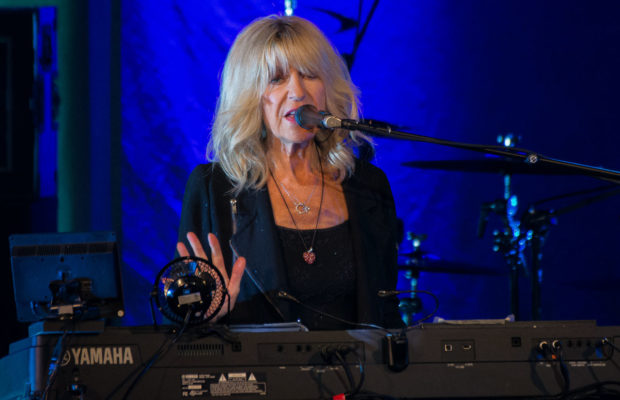 Musical legends Lindsay Buckingham and Christine McVie, of famed band Fleetwood Mac, reunited recently to record music again.  They are currently on tour together, performing original songs as well as some Fleetwood Mac classics and made a stop in Louisville, Ky.  Performing to a packed house, Buckingham and McVie delighted their fans all evening with a great mix of songs, intermingled with some commentary from Buckingham throughout the night.  Although the two had not performed together for many years, it was apparent that they still had great chemistry and were enjoying being on stage together again.  They started out the evening with a short acoustic set, transitioning to a full-band set for the rest of the night.  With a few guitar solo’s throughout the evening, it’s easy to see why Lindsay Buckingham was named one of the 100 greatest guitar players by Rolling Stone Magazine.  He is an incredible guitar player!  Aside from several great original songs, the two also performed several classic Fleetwood Mac songs, including Hold Me, Everywhere, Little Lies, and Go Your Own Way, which got the whole venue on their feet dancing and singing along!  Buckingham and McVie gave their fans a tremendous show and it was apparent that they were reveling in being on stage together again.  It was a really fun night of music and dancing.