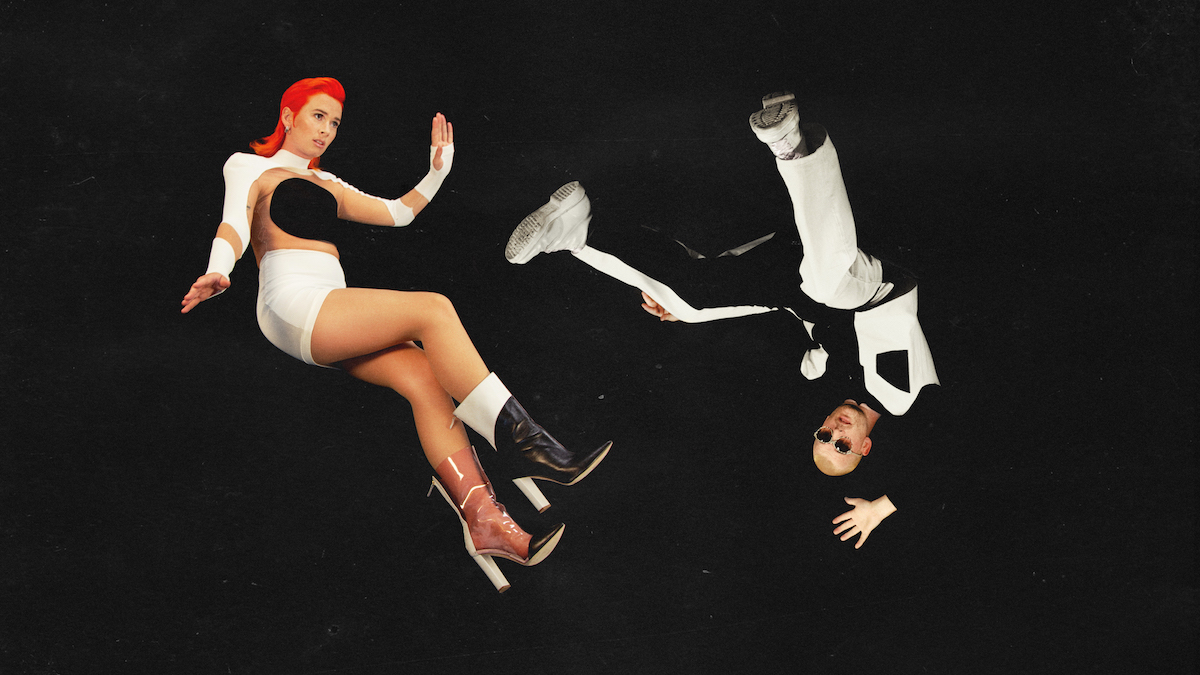 Beloved sibling duo BROODS (Georgia and Caleb Nott) are diving into the new year with the release of their rousing new single and video for “Like A Woman” from their forthcoming studio album, Space Island, out February 18 via Island Records Australia/Ingrooves. Unquestionably one of the most gripping moments on the album, “Like A Woman” encompasses a wildly shapeshifting sound with layered harmonies and cosmic synths as it speaks to the pain of being undermined and taken for granted. The track weaves through bursts of harmony followed by desolate stillness before building to a gorgeously explosive bridge, highlighting Georgia’s distinctive vocals through moments of fragility.

“To me this song very much reflects what it feels like to talk about things that have hurt you,” shares Georgia. “You might start off like, ‘I think I’m all right. Although it did hurt. It hurt a lot, actually. I mean, yeah—it really fucking hurt.’ Or at least that’s how I tend to talk about these things, but I’m learning that, when I look a little deeper into the aches and pains, they all come from a place of love. Doing that gives me a way of seeing it in a non-judgmental way… I didn’t have any idea at the time how important of a song it would become to me. I hope people can feel as held as I felt when they hear it.”

The release of “Like A Woman” comes on the heels of the recently announced 2022 Space Island North American Tour. Kicking off in Austin, TX on May 20, the upcoming 20-date outing will see the buzzy duo travel throughout the country and Canada with stops in Nashville, Atlanta, New York, Philadelphia, Boston, Toronto, Chicago, Denver, and Seattle before wrapping in Los Angeles on June 15. Ella Vos and Tei Shi will support on select dates. You can purchase tickets HERE.

“Like A Woman” is the final installment of the Space Island video trilogy. Directed by Sam Kristofski and filmed on the duo’s home turf of New Zealand, the B-movie-inspired visuals were shot on 35mm and 16mm evoking the arid mysteries of Space Island and serving as a testament to BROODS’ strength of vision. In Chapter 1, anti-anthem “Piece Of My Mind” describes the many paradoxes we encounter when we try to escape our problems. Chapter 2’s “Heartbreak” (animated by Dr. Foothead and produced by Alex McCrossin) speaks to the acceptance of loss, using it as an opportunity to fall apart and find yourself as it fully epitomizes the prismatic musicality at the heart of the album. Chapter 3’s “Like A Woman” ties together Space Island’s theme of having deep and honest conversations in order to process the emotional difficulties we face in life by allowing yourself the freedom to reflect on past experiences, let go of the harboring resentments, and move forward.

“This chapter takes us to the final destination in the Space Island trilogy; a harsh, desolate desert. A place to reflect on what’s happened with the perspective that space and time gifts you,” says Georgia of the new video. “For me it’s a place to name what I’ve been through and the person I’ve played to please others. By naming it and facing it I can let go and move on from it and become a more authentic version of myself.”

BROODS’ forthcoming 10-track LP Space Island is an exploration of grief and all its many dimensions: its unpredictable nature, refusal to follow any linear path, and its incredible capacity to bring great clarity and transformation. The album came to life during a period of serious upheaval for lead vocalist Georgia. Having married at the age of 21, she went through a difficult divorce soon after the release of 2019’s Don’t Feed the Pop Monster, a record that led to appearances on Late Night with Seth Meyers and The Late Late Show with James Corden. As Georgia turned to songwriting as a means of processing her grief, she and her brother/bandmate Caleb discovered an unlikely but wholly fitting vessel for that emotional outpouring.

In sculpting the forward-thinking yet nostalgic sound of Space Island, the duo mostly worked on the album in their home studio, occasionally joining forces with friends/producers like Leroy Clampitt (Justin Bieber, Madison Beer, Ashe, FLETCHER) and Stint (MØ, Carly Rae Jepsen, Olivia O’Brien, Gallant). Crystallized in a gorgeous constellation of sonic details—otherworldly beats, swooning guitar tones, effervescent synth lines—the album emerged from a period of unbridled experimentation and boasted a diaristic style of songwriting. Along with their previously released singles, Space Island taps into an array of emotional states from toxic manipulation on the delicate and dreamy “Gaslight,” to introspection on the brightly upbeat “If You Fall In Love,” and self-discovery on “I Keep” which features the duo’s longtime collaborator Tove Lo who joins in with her luminous vocal work. BROODS have ultimately created something of a charmed haven with Space Island for all those who need healing as they introduce a dazzling new intensity into their atmospheric indie-pop.  You can connect with BROODS via the following links and check out upcoming tour dates HERE.