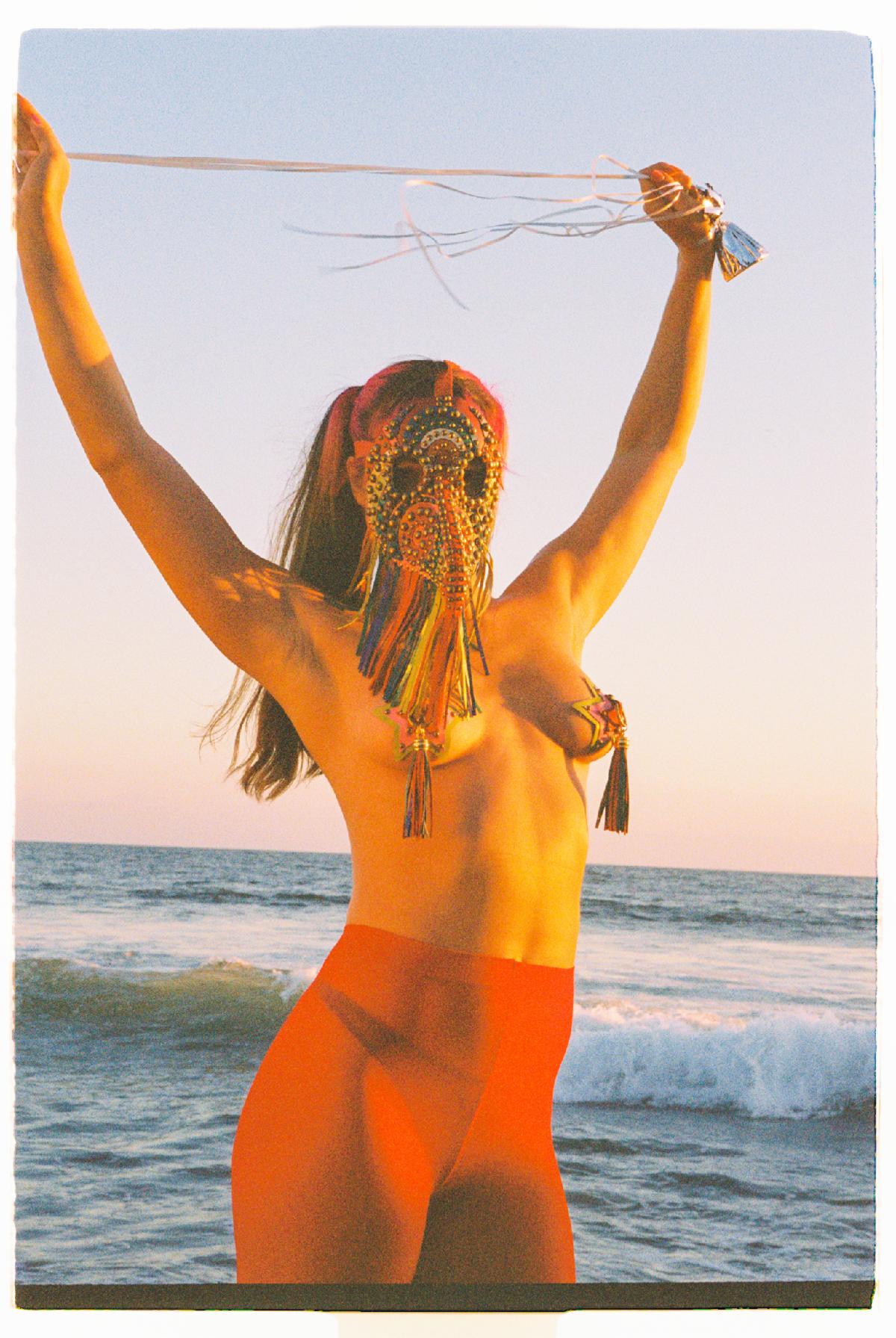 New York-born and Los Angeles-based emerging songstress Molly Moore has released “Shy,” the third and latest single from her forthcoming EP Escapism, out February 11th. Over a groovy, pulsating beat accompanied by horn flourishes and buzzing synths, “Shy” offers an unguarded paean to connectivity with someone you feel an initial spark with and the eagerness in knowing if the sentiment is mutual.

“This song was written in a stream of consciousness,” shares Molly. “It was one of those times when I listened to the words I was naturally saying while writing the melodies and they fit exactly how I was feeling without really having to change too much. I was starting to feel a spark and wanted to know if the other person felt it too. It felt like they were holding back what they were feeling, and I wanted to know if I was just in it alone or if what I was feeling was real. In general, I think people should be encouraged to communicate more freely and honestly, and so often we hide our truth in an attempt to make someone else’s experience better, but we end up making the entire situation more complicated.”
Brimming with emotional vulnerability, the hazy dream-pop track, which was co-produced by artist and friend NoMBe and Mike Gonek (Torro Torro, Chris Brown, Grandtheft), provides a look into the heart of Escapism. Featuring “Shy” along with Molly’s previously released singles, the multifaceted EP encompasses the moments of hope and acceptance in an untraditional love where feelings are dynamic – temporary, lingering, abiding. On “Do They,” Molly blurs the lines of genre, creating a multi-layered house party atmosphere and addresses the highs and lows of being in love with someone you can’t be with in a traditional sense. Meanwhile “Marco Polo,” in collaboration with NoMBe, is a swirling blend of harmonic bliss with a splash of bossa nova that tells a story about meeting someone you can escape reality with while struggling with deciding whether to dive head-first into the relationship or continue testing the waters.
With each of her previous releases, Molly has continued to embrace the changes in her life from experiencing loss with the passing of her father and ending a five-year relationship to searching for her voice and finding the light within. That is no exception for Escapism. As someone who had been heartbroken so immensely and didn’t know if she could love anyone again, she grieved the vision of what she thought her life was going to look like until she met someone that changed the idea of what she wants in a relationship. After unknowingly escaping her own process of self-growth by avoiding the uncomfortable realities about herself, Molly has now accepted the shortcomings and traits she’s run from for so long, creating this project while diving off the deep end and accepting love in any way that it presents itself, loving herself and others in a much freer and kinder way.

Throughout her career, Molly’s art has impacted pop from behind-the-scenes, writing for Jesse McCartney, EXO, Lea Michele, Robin Bengtsson, and composing children’s music for the Hasbro animated series Hanazuki. As an artist, she was previously one-half of pop duo Cosmos & Creature — who were signed to Steve Aoki’s Dim Mak label, garnered over 27 million streams, and shared the stage with artists such as Dua Lipa, John Mayer, and Bebe Rexha — before venturing off to create her solo music where she began to build a world around empowerment and expression through soulful beats and candy-coated vocals. Escapism follows Molly’s 2020 debut album, Voice on the Internet, which found her tapping into encapsulating thoughts and emotions as an ode to her journey of self-discovery. The album spawned intoxicating post break-up banger “Handsomer” ft. Maty Noyes — featured in Amazon’s Jolt starring Kate Beckinsale — KROQ Locals Only favorite “Careful,” and “I love you but I don’t like you” which have been quickly adding to her over 17 million global streams. Molly has garnered praise from the likes of Paper Magazine, Hollywood Life, Popdust, LA Weekly, Atwood Magazine, Ladygunn,and PopCrush, and her music can be heard in a variety of commercials for brands such as Zales, Peloton, Toyota, and Jack in the Box along with syncs in Netflix’s The Last Summer, MTV’s Siesta Key, and ABC’s Conviction. You can connect with Molly Moore via the following links.  Photo credit: Natalie Goldstein.
Website | Facebook | Instagram | Twitter | Spotify | SoundCloud | iTunes/Apple Music | YouTube | Deezer | last.fm | Tidal | TikTok