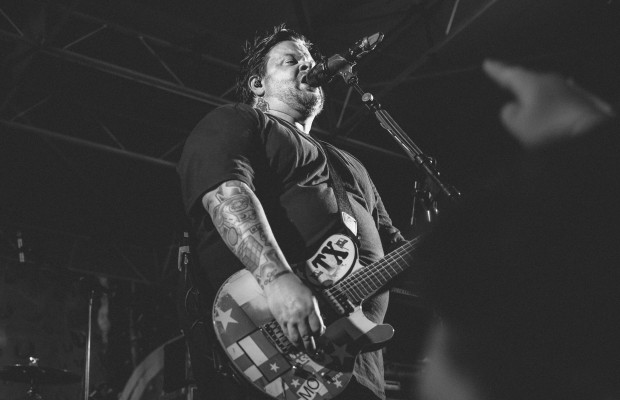 It’s rare that a band as big as Bowling For Soup comes to the Baton Rouge area, much less plays at a local Mexican restaurant in a popular shopping center. Months ago when I heard they were coming to headline the first “Lavapalooza” at Lava Cantina restaurant, I knew I just HAD to check it out and get some shots! BFS has been around for almost as long as I have, and their hits still ring in my ears as the soundtrack to my middle school days. The weekend in Baton Rouge had already been plagued with a series of intense thunderstorms (with the first LSU football game in 100 years to be cancelled the day before the concert) so unfortunately, they only got to perform about 4 songs outside before a lightning delay caused the band to exit the stage and take shelter in the restaurant. From the few songs that they did get to perform, however, they sounded full of energy and seemed genuinely happy to still be performing even after all this time. They were also hilarious, and cracked jokes with each other and the audience during and in between songs. Their attitude and flexibility with the storm just showed how great they are on and off the stage, making it an experience to remember.