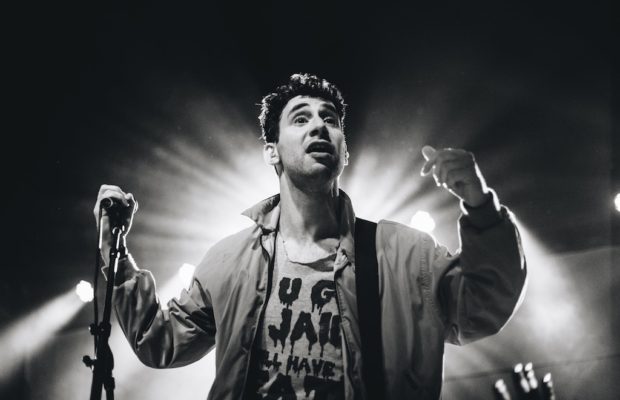 Photos and Words by Adele Sakey
The buzz circulating Jack Antonoff has been undeniable; especially in light of the release of Bleachers’ sophomore album, Gone Now, and Lorde’s record, Melodrama, which he helped to produce. This recognition is not unwarranted or surprising, as Antonoff has a considerable talent at not just producing music but understanding how to translate a recording into a high energy live performance. On June 20th, Bleachers arrived in Cambridge, armed with their new album, the support of the incredible LA-based band Muna, and a cheap saxophone they picked up at a music store along the way.

There were few moment when the sold out crowd that filled the intimate Cambridge venue remained completely silent. One of which was when the lights dimmed and the band began to perform “Carry On”; a song that Jack Antonoff wrote as a part of the band Fun. The other time was when he gave a brief but candid speech. To paraphrase, Antonoff relayed that one of his goals was to turn sad yet intriguing sounds into something the audience could dance to. This strongly resonated with the concert attendees, as I am sure it would with many others. Bleachers’ debut single, entitled “I Wanna Get Better” encapsulates Antonoff’s idea perfectly; sometimes grim lyrics combined with anthemic instrumentation forced the audience that night to dance all their worries away.

Bleachers continue their tour, in support of the newly released record Gone Now, throughout the summer and into the fall. During the show they also alluded to plans to return to Boston sometime this November.