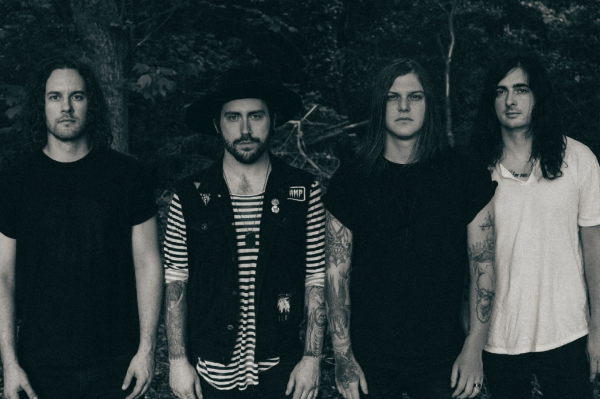 BAND TOURING WITH HE IS LEGEND, ISLANDER + BAD SEED RISING THIS SUMMER

To Speak of Wolves will release their new album Dead in the Shadow via Solid State on July 21. The band has teamed up with Revolver to share the very first taste of music from the album by premiering the song “Haunt Me.” Listen here.

About the song, vocalist Gage Speas told Revolver, “‘Haunt Me’ is one of my favorite songs off the record. It was a pretty emotional experience tracking vocals. The lyrics are about letting go of people you love when it becomes apparent that you just can’t help them anymore. You’ve done everything you can and have to walk away. When we sat back and all listened to it in the studio, we knew right away this was going to be the first song we released.”

Dead in the Shadow is available for pre-order here.

The track listing is posted below.

Additionally, To Speak of Wolves will spend the weeks leading up to the album’s release and beyond on the Hot Like Sauce Tour with He Is Legend, Islander, and Bad Seed Rising. Dates are below.