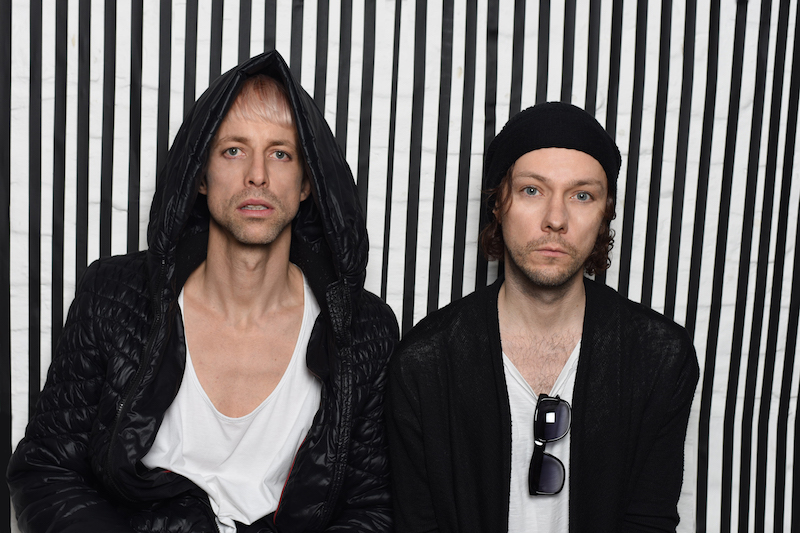 Berlin-based genre-defying band LOSERS have unveiled their exhilarating single for “Wake Up.” The single is the newest track taken from the band’s upcoming EP- EP01 – out on June 28, 2021. Multi-instrumentalist Tom Bellamy says “Wake Up” is about the realization that to make positive changes and feel true joy that you have to experience pain and hardship and breakthrough the fear of the unknown adding, “’Wake Up’ was one of the first tracks we wrote when we landed in Berlin in 2014.  We travelled as light as possible but we brought with us a lot of emotional baggage.  Escaping always feels like a good idea, whether that’s geographically or in someone’s company, through something you put into your body, or via your phone, the list goes on, but the pleasure of escape is often fleeting and eventually you end up coming back to yourself.  If your unaltered state is not a good place to be, then you find yourself in a vicious circle because naturally you try and escape once more.”  It was during that time that he had originally written the song.  As time passed, lyrically and emotionally it didn’t make sense to the band anymore, so it was time for a reset.  “After the dust had settled, we revisited ‘Wake Up’ and it literally became the wakeup call.  It was a crazy journey, but it was incredibly rewarding.”

“Wake Up” comes on the heels of the first single release from EP01, “Lost In Translation,” which Play Too Much lauds as “the dreamiest single in recent memory” and Soundigest calls a “turning point” for the band.  The lyrics for “Lost in Translation” came pouring out from Bellamy a few years ago when he was feeling “really isolated, confused and disconnected from the world” around him.  The outro of the song was a revelation which happened many months after the initial outpouring.  “It was the light at the end of the tunnel.  It’s not until we step back and see ourselves as not separate to the world, but in union with it, in love with it, that we can really see beauty.  It’s so important to remember to pause and not to dwell on the negative narratives we all tell ourselves.”  The light at the end of the tunnel that Bellamy refers to was 2018’s Primavera Festival in Barcelona, it was the catalyst he needed to venture into “new territory” with the band’s music. He says, “I saw some really amazing electronic music like Fever Ray, John Hopkins and Floating Points amongst others.  Up until that point, personally and creatively, I felt that I was starting to repeat myself.  I was walking the same paths and it wasn’t exciting me.”  At that time Losers still had a bunch of material left over from their 2016 critically-acclaimed fourth studio album How To Ruin Other People’s Futures and they felt like it needed to be finished but continuing in the same frame of mind didn’t make sense anymore.  After enduring the “blow out”, Bellamy says, it was time for them to move on.  “The atmosphere was vibrant, and the sights and sounds were bright and fresh.  I really connected with it and from that moment on I had the vision I needed to start joining the dots.”  As soon as he got back to the studio he started “ripping things apart” and “putting them back together with new purpose”.  “It was a frenzy of creativity and it felt really positive.”

The outcome is the four tracks on EP01.  Three of which are massive alt/electronica tracks that feature a rejuvenating perspective (“Wake Up,” “Fool Anyone,” and “Follow You”) and the slow burning dark-wave “Lost In Translation.”  LOSERS are planning a busy 2021 with a goal of wiping the slate clean, via new and innovative platforms like Decentraland (https://decentraland.org/) who they’ve been partnering with to release their new music.  To sign up for free to future webinars join Club Losers HERE.  Formed in 2007, Losers are comprised of DJ Eddy Temple-Morris, multi-instrumentalist/vocalist Tom Bellamy (formerly of The Cooper Temple Clause), and guitarist/vocalist Paul Mullen (formerly of Yourcodenameis:milo and The Automatic). Hailed by critics and fellow artists alike who reveled in the band’s ability to seamlessly merge indie electronic music with guitar rock, Losers have been so venerated that their dynamic and epically sweeping music has been heard in dozens of TV, film, videogames and sports placements including Game of Thrones, The Blacklist, Hercules, The Killing, and as the official theme music for BMX Championships London 2012 Olympic Games.  Earlier this year, they released a reworking of Tears for Fears’ 1985 smash “Shout” – which has been prominently featured in the hit show A Discovery of Witches (S2: Ep 4) on Amazon Prime, AMC+, Sundance Now, and Shudder and is not only rejuvenating their loyal fanbase but also winning over new fans who heard their dark cover and fell in love.   You can connect with Losers via the following links.  Photo credit: Ben Madle.