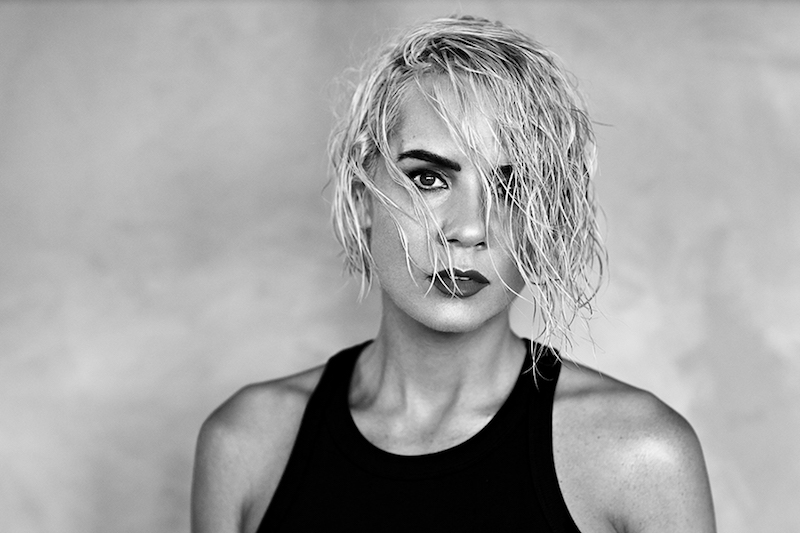 Critically-acclaimed and award-winning artist and songwriter Ina Wroldsen is a straight-talking, uncensored, funny, honest and fiercely independent role model.  On her new single “Fires“,  the multi-platinum-selling artist tackles motherhood in that same emotionally-unfiltered manner and relates her feelings of it as a double-edged sword.  “A child is this amazing gift, but they’re only on loan,” she sighs.  “We spend their childhood in preparation… preparing them for life, and preparing ourselves for the day they will leave us.”  Taken from her upcoming EP Matters of the Mind (release date: May 28, 2021 via Sony Music Norway), “Fires” pulls at the heartstrings without being melodramatic or overwhelmingly sappy.  Written during a songwriting session in Los Angeles, she pondered on that day when her son will grow up and leave her.

Adapting the symbolism of seafarers lighting seaside bonfires for ship captains to find the shores safely, she explains, “I make sure I have enough firewood so he can see my flame wherever in the world he finds himself.  I need for him to know that there is warmth, acceptance and safety at home with the people who love him the best.”  Wroldsen often thinks about how many parents are sitting there with “little ships about to launch out into the world and all the family bonfires kept alight by grandparents, aunts, uncles, siblings, mothers and fathers.”  She adds, “‘Fires’ is for my William… for him to know that there will always be a safe harbor with us for him to return to wherever life may take him.  And if he is ever in doubt, then Imma light fires, so you can find me. Imma light fires.”

I’m gathering wood / I’m cutting down trees / I’m keeping it dry like my father taught me / I’m doing fake smiles / It’s inevitable / Matter of time then you’re gonna leave me
“Fires” comes on the heels of previously released singles off of Matters of the Mind, the intoxicating tropical-pop tinged “We Are Gonna Live” (which has been sitting in the top 100 Spotify-chart since release) and the slinky r&b number, “Matters.”  As a solo artist, Wroldsen has had multi-platinum success with memorable songs such as “Strongest” (4x platinum), “Mother” (2x platinum), “Favela” (platinum) and “Haloes” (platinum).  Wroldsen is also the songwriter behind international smash hits such as “Rockabye” and “Symphony” by Clean Bandit, “Alarm” by Anne Marie, “Breathe” by Jax Jones, “How Deep Is Your Love” by Calvin Harris (which she’s also the lead vocalist on), and many more with a total of seven billion + global streams on written and performed tracks.  She’s won several BMI / ASCAP Awards, a Spellemann (Norwegian Grammy), Brit Award Nomination and is one of the most sought-after songwriters out there. Wroldsen is currently a mentor on the Norwegian The Voice where the finale coincides with the release of her Matters of the Mind EP in May.  But even if her list of merits is impressive, she’s isn’t one to be motivated by streaming numbers, chart toppers or awards saying, “It’s not about writing a hit, but telling a story, expressing something true through the lyrics and the melody.”  You can connect with Ina Wroldsen via the following links.  Photo credit: Truls Qvale.
Website | Facebook | Instagram | Twitter | Spotify | SoundCloud | iTunes/Apple Music | YouTube | Deezer