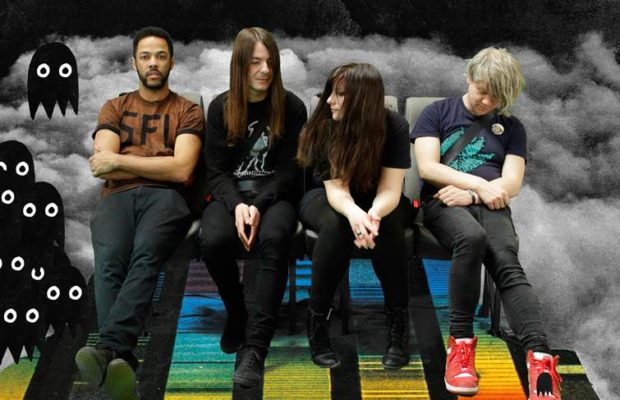 Birmingham-based rock band Johnny Foreigner just released their new album, Mono No Aware, and vocalist and guitar player Alexei Berrow opened up about how one little song helped him realize that he wanted to become a musician.

“God this is so basic, but “Walking on Sunshine” by Katrina and the Waves. As performed by four girls from someone’s 6th form at a cheesy interschool local radio quiz at the MAC in the early 90s. It was…an embarrassingly transcendent moment; like, I’d got “music” by then, but not musicians/ bands/ pop culture. They were the coolest thing I’d ever seen. I couldn’t / still can’t work out if I wanted to date them or be them. But I knew it was some IRL magic and I wanted in.”

Their new album, Mono No Aware, is out now!