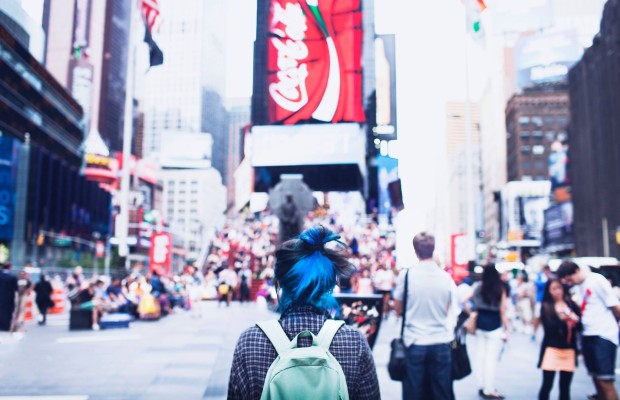 From photographing household acts like Fall Out Boy and The 1975, Florida-based photographer Maysa Askar is known for her unique interpretation of music photography, with much of her work sprawled out across the pages of Alternative Press magazine and all over our Tumblr dashboards. We recently caught up with Maysa and she talked all about how she got her start and shared her tips on how young aspiring photographers can make it in the industry.

I became really interested when I was about 11 or 12 years old (23 years old now). I remember it was the same time I discovered my favorite bands like Taking Back Sunday and Brand New and I would flip through their promos and think of how sick it would be to actually be the person taking their photos. A couple of years later, I purchased my first DSLR and went straight into the local music scene and did as much as work as I could for free (promos, live photos, etc.) until I discovered my value as an artist.

I did a little bit of both. I self taught myself the ins and outs of the camera and the proper settings for any outdoor/shot lighting situation I would deal with and then years later I went to art school for college. I spent about 2 years taking classes on studio lighting and how to run my own business.

Not at all. If you have the eye and the knowledge, the equipment should not matter. I’ve made plenty of comparisons between photos that were used with a Canon 5d Mark iii and a basic DSLR from the Canon Rebel line and can barely tell a difference. Same composition, same exposure, same everything. If you don’t take the time to really learn about exposure and lighting and everything in between and you just go out and buy the most expensive camera on the market, your lack of knowledge will show through your work.

My first local show was actually VersaEmerge around 2007/2008. My first real show was Every Avenue and The Secret Handshake in 2010.

Absolutely. The first band promo I ever became obsessed with and so inspired by to pick up a camera was a photo of one of my favorite bands, Taking Back Sunday. I immediately looked up the photographer at the time, Jac Vanek, and I remember flipping through her music work and discovered even more bands that I still love today. When I finally made it on a publication to shoot bands regularly, I made a bucket list of artists I’ve wanted to shoot since I was kid. My Chemical Romance, Brand New, Taking Back Sunday, Yellowcard, All Time Low, the list goes on. I’ve tried to shoot artists outside of that genre but their shows are tough. Less access, less time to shoot, less action onstage. So I’ve stuck to photographing bands I love and enjoy for the time being and I’ll try to branch out to different artists when I feel comfortable to do so again.

I’d say clean and futuristic. I take a lot of inspiration from old photographs (grain/film-esque look) but try to keep a modern touch so it isn’t the same repeated style that you may see constantly.

I always come back to this photo, and I feel like people would disagree, but I still to this day absolutely love my photo of Austin Carlile from Of Mice and Men. I think the reason why I’m so proud of it is because the story behind it is a little insane. The photo was captured at Skate and Surf in Jackson, NJ. Skate and Surf came back from being on a bit of hiatus and it was around the time Bamboozle was being put to rest. I felt pretty special for being able to shoot it since they didn’t approve many photographers but the only issue was everything was pretty much going wrong, haha. In this photo, Austin’s mic was completely cut from issues with the rain and the barricade was close to collapsing from the fans. The band could have cut their set but pushed through it and it totally shows in this photo with Austin screaming back at the fans. In the background is also lights from a roller coaster in action. And you could also see some raindrops here and there since it was pouring. As a music photographer, it was one of the most insane experiences and I didn’t really give it a second thought at the time that I was putting all of my equipment at risk with the rain.

Who is your favorite artist to photograph and why?

It’s a definitely in between Fall Out Boy, The 1975 and Tonight Alive. There’s no way to pick just one. All three always have a great stage presence, they’re always so lively and never stand still. Fall Out Boy and The 1975 have had amazing stage production — it just goes to show how much they care to put on a great visual show for their fans. Tonight Alive just remind me of old school pop punk shows. They keep their backdrop simple and use their voice and actions to really get the crowd going. They’re always a blast to photograph, especially Jenna.

If you could go on the road with any artist/band, who would it be and why?

I would love to hit the road with The 1975 and Drake. The 1975 seem like they would be great subjects to photograph on and off the stage. I’d love to capture shots of them during downtime. Drake would just be awesome to tour with because…it’s Drake.

I try to stay away from keeping up with what everyone else is doing. I’m scared I’ll get too sucked into what they’re up to and become unmotivated towards my goals. I just stick to the things I like and hopefully that makes me stand out from the crowd. By the end of the day, if I’M satisfied with MY work, then that’s all that matters.

PRACTICE! Practice, practice, practice. Don’t rely on someone else for the answers. My inbox is filled with the same questions such as ‘what should I set my camera to if I’m in this setting’ or ‘I’m shooting this show and the lighting is so bad, what’s the best shutter I should shoot at?’ I learned so much by just photographing everything all the time on my own. In the beginning, most of my work would be complete garbage but that’s just how you learn. Another word of advice: it never hurts to network. The music industry is filled with people who know people, who also know other people. Keep a business card or two in your pocket the next time you shoot a show. You never know who you might run into that could help you score a gig that might change your whole future.