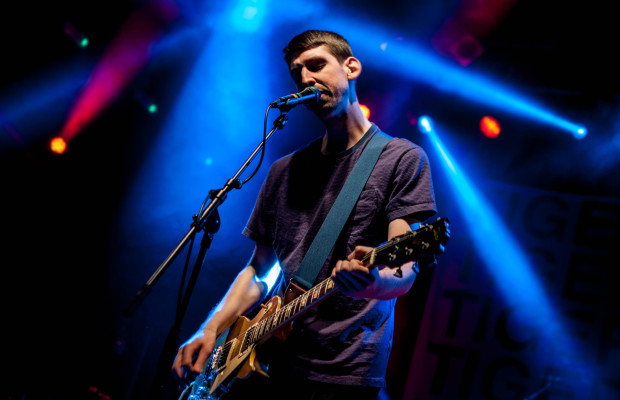 We recently sat down with Ben Walsh of Tigers Jaw after their London show where he opened up about the moment he knew he wanted to pursue a career in music.

About ten years ago, I had been listening to a lot of pop punk and basic streamline music. My cousin played bass in a local band in Scranton, Pennsylvania called The Sw!ms and they were like pretty indie-pop, just an awesome band really. I went to see them and this other band called OK Paddy and that night was one of the first times I had actually met and hung out with Adam, who used to be in Tigers Jaw. So that was a really memorable show for a lot of reasons because I saw these people playing this different style of music and met Adam.

I had never heard bands like them before and it’s what made me want to do it. Seeing my cousin play and watching the bands he was playing with drew me in. I didn’t fully know what it was or understand it, but I knew I wanted to be a part of it. Those two bands became my favorite bands and they were on this small record label in Scranton. When we started Tigers Jaw, the main goal was to get them [the label] to put out something of ours. Luckily, we have been able to accomplish a lot of stuff with the band, but that was all we were aiming to do at that age. We were trying to sound like those bands and definitely didn’t sound anything like them, but from the indie pop to punk rock side of things, we ended up falling somewhere in the middle. We grew up on a more punk side and then tried to integrate ourselves into other styles.

The full interview with Ben will be out later this month and check the photo gallery from their London show here.