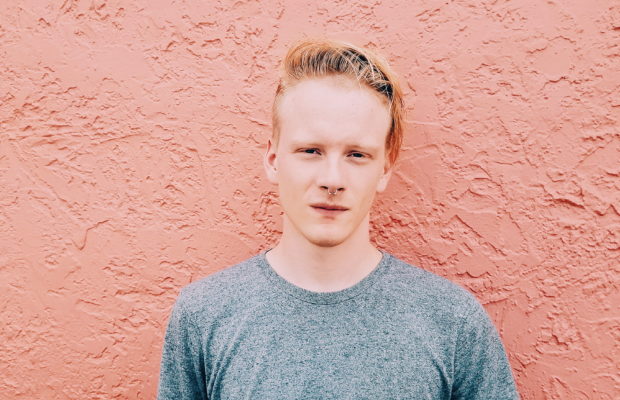 Based in New Jersey, Dieter Unrath always found himself at the crossroads between musician and photographer. In 2014, Unrath was playing in a band but found himself fooling around with a camera, shooting the opening bands at the shows he played. He quickly realized he had a passion for shooting shows and ever since he’s been balancing his musician life and his photography life. We sat down with Dieter to learn more about his roots as a photographer, what his passions in photography are, and what advice he has for up and coming photographers. Check out what he had to say below!

Jess – What is your favorite part of being a photographer?

Dieter: I suck at drawing, so photos have always been the way I create my art. I like capturing real life moments and not only enjoying the work myself, but seeing other people’s reaction to it. Everyone likes a good picture of themselves that they can look back on for a lifetime. Being a drummer, I know how good of a feeling it is when a photographer at the show gets a good photo of you, so it’s cool to be able to provide that to other people.

J – Tell me a little bit about the first show that you shot? Looking back, what advice would you give to your former self?

D: The first show I shot was at a tiny basement venue called Mondo in Summit, NJ. My band at the time was playing with Picture Perfect, who later took me on my first tour, and a few other locals. The lighting was pretty much pitch dark and my photos were not great, although I was stoked on them at the time. I’d tell my former self to try photography sooner. I didn’t start shooting until I was almost 22, and I wish I had found this passion earlier because it’s super fun and I would have probably spent more time doing that instead of playing video games.

J – Out of all of the photos in your portfolio, which photo are you most proud of and why?

D: Probably a shot of Ben from Title Fight I took in 2014. It was during a hardcore fest at Gamechanger World in New Jersey and was one of the first shows I had ever shot that wasn’t just local bands. Being able to stand on stage and shoot a band I genuinely liked was such a crazy feeling and something I never thought I’d be able to do. It was such an energetic and intense night, but I feel like I caught a moment of relative peace amongst all the chaos. I like how the light is hitting Ben and his pose. I also like the fact that there’s a few spots of blood on the floor, a reminder of the energy that show carried outside of this moment. I’ve taken plenty of photos that are better by the book and pack more punch, but this shot brings back good memories from when I first started shooting which is why I really like it.

J – I can’t help but notice the pops of color in your work and I was wondering what your thoughts on the role of color in a photograph are? How do you use color to convey a certain message or mood?

D: I feel gray enough inside so I like to counteract my emotions with my photos. I’ve always just enjoyed color photos more, I guess because I like the way they pop and draw your eyes in. I feel like colors give more positive emotion when you look at them and can enhance the mood and energy of a photograph. Warm photos can literally make you feel warm inside. While photos with cool tones can bring a calming vibe. Black and white feels flat and boring to me. Editing color photos is way more fun too because there’s so many ways to go about it. It’s easy to take a photo with terrible red lighting and turn it black and white, but trying to make those colors work and pop is a more fun challenge. When messing with color sliders and stuff, my final photo always turns out way different than what I planned on and that whole process is one of my favorite parts of photography.

J – When shooting, what is your typical gear set up? Does it change depending on whether you’re shooting a live show, in the recording studio or doing promo shoots?

D: I have a Canon 6D and a Sigma 24mm 1.4 Art Series lens. 98% of what I’ve shot in the past three years has been on that setup. I really like that focal length and like to keep it consistent. The 6D is amazing in low light and let’s me shoot at ridiculous ISO’s when needed. Occasionally, I’ll use a cheap flash on low power if I’m shooting a basement or bar show to help light faces. Even then though, I like to try and use the light made available. which the 6D helps with.

J – You’ve done touring work with Carousel Kings, Sleep On It and a bunch of other bands. What is life like as a touring photographer? What are the ups and downs?

D: The ups are that you get to hang on the road and shoot all day long. You hone your photography skills and process when you’re shooting everyday and you always have good subjects and environments to shoot. Sometimes you get free beer. You get to make friends from around the country. The downs are the same that every band experiences, plus some extra struggles. Showers are scarce, meals are unhealthy, and the drives are long. Sleep is minimal and often times on a saggy van bench. Pay is low. Being away from home for weeks at a time can hurt your soul. All this usually aggravates my already bad mental illness. Technically speaking, finding places to charge your camera and laptop is impossible. Wi-fi doesn’t exist. It’s easy to misplace gear or have stuff stolen. So I guess there’s a lot of downs. The touring lifestyle is rough. I’m super lucky to have been able to experience it though. Some people don’t even get to leave their state, so I try to appreciate my time on the road even when it’s tough.

J – You’ve shot in basements, living rooms, outdoor festivals and the typical concert venue. What are the photographic challenges that go along with each of those settings and how do you best manage that?

D: House shows are obviously the most challenging. I’ve been in countless situations where the venue is almost pitch dark or lit by a few Christmas lights, which is tough technically speaking. You’re also usually crammed up against a washing machine with some guys PBR splashing onto you every so often, which feels oddly nice since it’s 120 degrees. Your best way to manage is to become one with the crowd and accept getting pushed around as you try and snag some shots. Don’t get mad if someone throws a bow at your lens by accident because it will happen. Outdoor festivals are the easiest since it’s natural light with lots of room to shoot. The downside is that it’s easy to have repetitive looking shots, especially when you shoot the same setting everyday. I try my best to mix up the editing or composition when I run into this problem.

I was in a situation last year when I went from shooting Warped Tour for a month right onto a tour with a bunch of basement and coffee shop shows, which was a crazy adjustment. The latter is just as fun in it’s own way though. Learning how to shoot and handle any environment is really important in my opinion because the venue isn’t always going to be to your ideal shooting conditions.

Big indoor venues are the best in my opinion because there’s usually decent room and lights with lots of color, which I like messing with in editing. Bar shows are probably my least favorite because it can be as cramped and dimly lit as a basement show, but without the same grungy energy and vibe. I manage with those gigs but the setting is never as engaging.

D: Although social media is an amazing place to showcase work, I don’t believe it’s necessarily crucial. None of the touring opportunities I’ve had were because of my social media presence and I find most of my work outside of it. Every band that has taken me on tour I shot and made friendships with before they knew my Instagram handle. Social media is definitely helpful in promoting your work and connecting with other people don’t get me wrong. I love Instagram, Twitter, and Tumblr and use them daily. I’ve met many of my friends through them and have connected to a few clients there.  However, I see it more as a visual diary or place to connect with pals than a strategy. I believe the impressions you make in person and word of mouth are more important.

J – And the final question is, what advice do you have for any aspiring photographers that might be reading this feature?

D: Shoot as much as you can with whatever gear you can afford and do what you want. Don’t get discouraged. Just literally keep shooting, you can take pictures of anything. There’s no rules to photography even though a lot of people will try to tell you there are. If you don’t like the rule of thirds, don’t use it. If you want to use someone’s presets on your photos, go for it. If you like the clarity slider, who cares? If you can’t find a publication for a photo pass, hit up the band directly. Sneak your camera into the show if you need to. Whatever. Don’t listen to anyone else’s opinions unless it’s positive. Most of all as cliche as it is, be yourself and have fun. Photography is the coolest form of art in my opinion so enjoy it the best you can.

Photo of Dieter by Maxwell Unrath