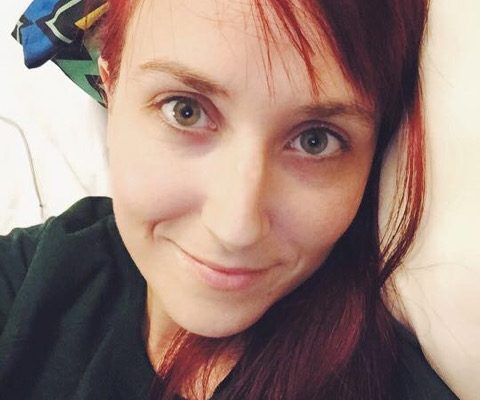 Getting her start back in 2009, Cincinnati-based photographer Savannah Chambers has photographed a number of artists including Fall Out Boy, Lights, Taking Back Sunday and more. This year, she spent some time in the pits at So What Music Fest, Vans Warped Tour and the Alternative Press Music Awards. From equipment to technique, Savannah gave some insight on what it is like to be a music photographer these days and why a simple “thank you” can go a long way.

I started shooting in high school. It wasn’t anything serious, more just learning what to do with my camera and taking pictures of my friends. I didn’t really start shooting per say, until 2009. I bought my first DSLR then and wanted to capture anything and everything. I probably took thousands of photos monthly on that thing.

100% self taught (unless we count the “photography class”) I took in 10th grade. I watched a lot of YouTube tutorials and read a lot of books. It was also a lot of trial and error, you do it and if it turns out terrible, you fix it and shoot again.

I just upgraded from a Nikon D300 to a D610. It’s beautiful. My first full frame and I’m proud of it. I primarily shoot with my 35mm 1.4 lens, it’s nice and fast. It works great in low light, which seems to be every indoor show I shoot. I just shot the APMA’s and used a 70-200mm lens and it was insanely heavy. I’m not sure how people use it regularly. I’d build some serious arm muscles.

Yes and no. If you learn how to use the gear you have well, you can get some great photos. The glass you use is also really important. You need to make sure you’re using the right gear for the right event. You can’t walk into a venue with a lens that came in a kit, because it’s going to lag. However, I will say the gear you have greatly improves what you can do.

The first show I ever shot was Blessthefall & Capture the Crown. I shot at Bogarts, I was a Fearless rep for the street team and they basically said, “Hey, you like shooting, can you cover this?” It was awesome.

Of course. I primarily shoot bands and artists I enjoy to listen to for a few hours. My goal is to eventually branch out, try shooting things I’m either unfamiliar with or that just isn’t my style.

I’d say raw. That and dramatic, energetic. I try and focus on the emotion that the song is trying to convey. I like to capture a lot of action, or I try to. Jumps, faces bands make and interactions with the camera (that is my favorite), the sweat and work that goes into making a show what it is. I’ve recently taken an interest in portraits and backstage stuff. That is new and fun.

Oh man. This one is hard. I’d say my most recent shoot with Emarosa, Bradley is insane on stage, his stage show is exactly what I live for at a live show. After that, probably the AP Awards I was able to cover this year. I was blessed enough to be granted floor access, which was seriously the most surreal moment of my life. I’m pretty proud of those.

I try really hard not to focus on what other people are doing. In all reality, it’s just going to make you feel bad about yourself. There are people out there who are worlds further than I am or who’ve been in the game a shorter time frame but you know, dwelling on that doesn’t improve your skills. I’m focusing on me, and that makes me happy.

Have a lot of patience. Shoot as many local shows as you can and network until you’re blue in the face. You can be the world’s best photographer, and never get anywhere in this industry because you don’t know anyone. Use social media to your advantage. Blast your name out there as much as you can. We are a generation with the world at our fingertips, utilize it. Always say thank you, because without someone giving you that pass, you wouldn’t be there shooting. Be polite. Be polite to the fans, the band, the crew, anyone you run into. You represent yourself.