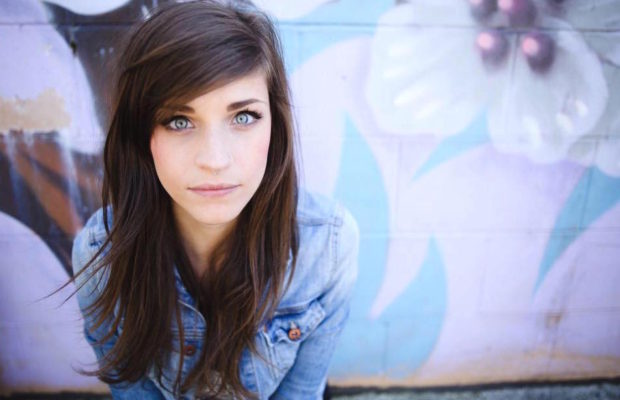 If you stopped by one of the dates of the Vans Warped Tour this past summer, you may have seen Carmin Edwards hanging out at the Pure Noise Records tent or standing side stage, photographing some of the most talked about acts on the tour. Talking all about the film camera that sparked her interest in photography to her favorite moments from this summer, Carmin’s personal experiences within the music industry give us a better understanding about life as a music photographer.

When I was around fifteen, I got my first camera. It was nothing special, and for the most part, I took ridiculous photos with my friends – going out, parties, whatever we felt like. I didn’t really take it seriously until I inherited my late father’s film camera when I was seventeen. I had an english teacher that saw a few of my photos and he really took me under his wing and showed me the whole world of photography.

I was self taught for years, but eventually, I decided to go for my Bachelor of Fine Arts in Photography. I went to a nearby college, and after a year, I transferred to a university. Eventually, I dropped out. It wasn’t what I personally needed to excel in my trade, and it was very repetitive from what I already knew. At the end of the day, I was just frustrated with the whole ordeal. So, I left and continued to do my own thing.

The first show I shot was The 1975. I was sort of clueless and a little stressed. I also had NO idea who The 1975 was. Looking back, I think it’s hilarious considering how awesome they are. But, I wouldn’t change any part of it – even how naive I was. It is what it is, and it’s something to laugh about now. The photos actually turned out pretty good, too.

You just spent the summer on Warped Tour working with Pure Noise Records. How did the opportunity come up for you and what was one of your favorite moments from the summer?

I had done Warped in 2013 and 2014 with a clothing company. So I was sort of involved with the community. The position was posted on a semi-private group, and I was referred by a handful of people. So, things just worked out.

My favourite moment was probably the night of the Alternative Press Music Awards. It’s not necessarily Warped Tour, however, everyone was in such high spirits and genuinely having a good time. I was able to photograph the night too, which was an amazing opportunity that I wasn’t expecting.

While on the road with Warped, were there any particular sets you always tried to catch/shoot and why?

Well, if I ever had the chance, I would try to shoot The Maine. Their set was always hilariously unreal and fresh. They loved the crowd and the crowds loved them. The photos would often reflect that. Otherwise, my priority was covering Pure Noise bands –  The Story So Far, Vanna, Four Year Strong, Masked Intruder, Like Pacific and State Champs.

Honestly, I have no idea. I try a little bit of everything – close ups, low to the ground, etc. I try to be out of the way and do my work quickly and efficiently.

I have a shot of Kameron from Beartooth at their show in early 2015 in Vancouver, Canada. He jumped into the crowd and was resting on some of the kids. He looks completely ingrained with his performance and it’s still one of my best shots.

I shoot with a Nikon d750 and a handful of prime lenses.

High-end equipment is the best way to get sucked into credit card debt and a fancy camera you only “sort of” know how to use. I started with a cheap SLR, kit lens, and a random collection of film cameras. Learning the basics first is so so important and some of my best photographs are still from the days when I was learning! The best photos out there only have so much to do with the equipment. It has a lot more to do with the photographer’s talent and skill!

What is the best advice you could give to photographers who are either just starting out or are looking to start touring in the future?

Regardless if you are just starting out or trying to tour, always be a pleasant person. No one wants to works with the kid that brings everyone down. Being supportive, hard working and a good person will bring you places!

Portrait of Carmin by Lindsey Blane