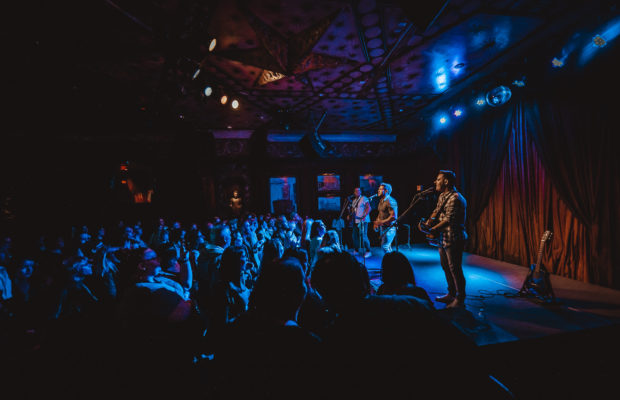 BBMAK
Cambridge Room at the House Of Blues
Cleveland, OH
May 12th, 2019

You might remember the British pop trio BBMAK from the early 2000s when they had their big hit single “Back Here” in the charts all over the country. When the band went on hiatus in 2003 fans all over the world were devastated.

Fast forward to 2018 when Christian Burns confirmed on social media that the band reunited. The new album is due later this year, but their current single Bullet Train, as well as their upcoming release So Far Away were both played during the show in Cleveland and fans loved them. They recently shot a video for So Far Away back in the UK, which they said is “totally awesome, even though they haven’t even seen it yet”. Can’t wait to check it out when it gets released.

BBMAK is comprised of Mark Barry, Christian Burns and Stephen McNally and the trio harmonizes beautifully, just like they did almost 20 years ago and it was a pleasure watching them perform.

The crowd, which was 95% female, was excited to hear not just new tracks, but also their hits, which they loudly sang along to. They ended the night with their big hit single “Back Here” and I can certainly say that I was more than excited to see them BACK HERE in the US.

Setlist:
Out Of My Heart
Next Time
Bullet Train
I Can Tell
Still on Your Side
So Far Away
More Than Words
Can’t Say
If I Could Fly
Sympathy
Get Lucky
Unpredictable
Uncivil War
Get You Through The Night
Staring Into Space

Encore
Ghost Of You And Me
Back Here