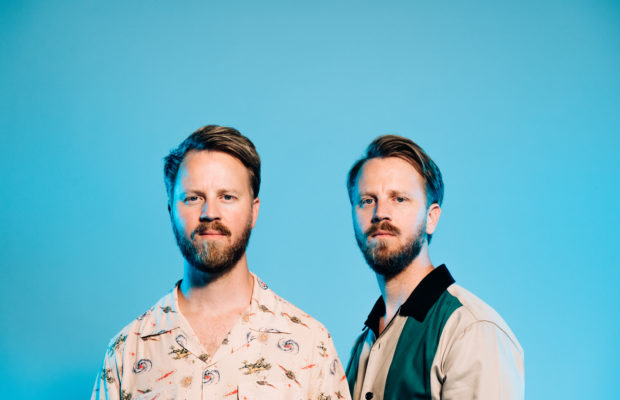 Cayucas, the Santa Monica based indie-pop band comprised of twin brothers Zach and Ben Yudin, released their new album Real Life, on April 19th via Park The Van Records.  Applying the concept of nostalgia throughout the album, the titular track “Real Life” is a nod to both the nostalgia the brothers obsess over as well as the positive thinking they embraced during the album’s beginnings. For Cayucas, a full embrace of optimism, the joy of creating, and a fresh start has gotten them this far and promises to carry them even farther.  Cayucas burst upon the scene in 2012 with their debut, Bigfoot, and quickly earned plenty of praise for their sunny and melodic surf rock.  Following two and a half years of heavy touring, they released their second album, Dancing at the Blue Lagoon, in 2015, a slightly moodier but no less infectious affair that represented a creative step forward for the band.  You can follow the band and stream and purchase their music via the following links.

You can catch them on tour this summer!  See below for dates: