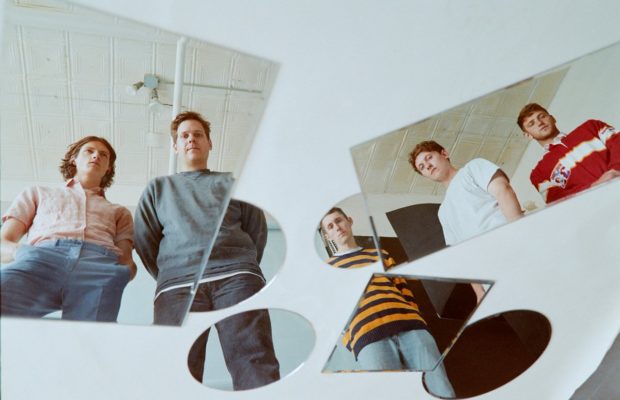 Basement have announced details of their new LP BESIDE MYSELF, which will be released October 12th on Fueled By Ramen.  The band has also shared the new track, “Disconnect,” which you can listen to below. Basement’s Andrew Fisher commented on “Disconnect” explaining, “This song was one of the first we wrote over two summers ago and we knew very early on that it would be a song we would enjoy playing live.”

BESIDE MYSELF is not a concept record, but themes of the album do often relate to the inability of being comfortable in one’s skin.  Being concerned about the future, troubled about the past, and how difficult it can be to exist in the moment.  Produced by Colin Brittain and Basement, and mixed by Rich Costey, BESIDE MYSELF marks Basement’s Fueled By Ramen debut and follows their 2016 breakthrough, PROMISE EVERYTHING.  Pre-orders for BESIDE MYSELF are available today at all DSPs with exclusive pre-order bundles available at www.basementuk.com.

Formed in Ipswich, England, Basement ­is comprised of brothers Andrew Fisher (Vocals) and James Fisher (Drums), Alex Henery (Guitar / Vocals), Ronan Crix (Guitar), and Duncan Stewart (Bass). Together they have earned global acclaim for their deeply personal and earnest compositions. Beside Myself finds Basement’s introspection unfolding over a collection of punk-charged alternative classics.  Tracks such as “Disconnect,” “Be Here Now,” and “Stigmata” shine on BESIDE MYSELF, as Fisher’s acute self-awareness unfurls over deeply-rich studio recordings.

This week Basement are set to perform at Chicago, IL’s Lollapalooza on August 2nd, followed by an official after party performance at Reggie’s Rock Club on August 3rd.  Basement have also announced a fall U.K. headline tour in support of BESIDE MYSELF, which will see the band joined by guests Joyce Manor (see attached itinerary).  The tour, which kicks off November 16th, includes a London show at the 2300 capacity O2 Forum Kentish Town. You can view all tour dates below:

Watch the music video for “Disconnect” below: