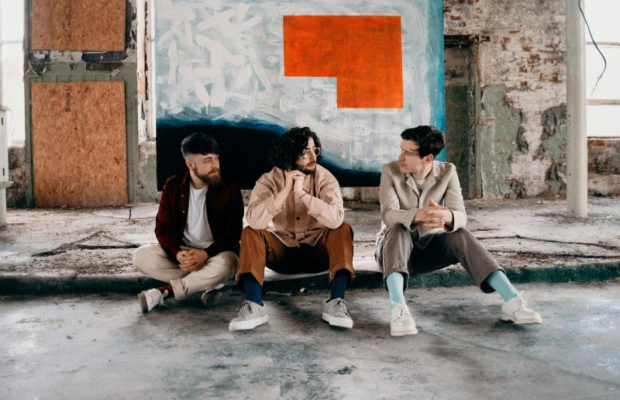 Fatherson have released their new single “Charm School.” The track is the second from the band’s forthcoming third album, Sum Of All Your Parts, which drops onSeptember 14th and is available for pre-order here.
On the new single, the band shares: “‘Charm School’ is an observation on having to mind your p’s and q’s all the time – and the need to jump through hoops for other people. A charm school is an elocution school where people are taught manners above all else – which might be a little unrealistic for real life.“
Fatherson have established themselves as a potent live force, having sold out Glasgow’s Barrowlands as well as London’s Scala on their previous run of dates. Together with blistering shows and a rabid fanbase Fatherson operate in a distinctly Scottish plane of sentimentally – it is no coincidence they have previously toured with the likes of Frightened Rabbit, Biffy Clyro and Idlewild.
The band recently announced their new album Sum Of All Your Parts with the release of “Making Waves” – a song indicative of what to expect from the next Fatherson LP. According to Ross Leighton (guitar/vocals), the song “defined how the album would sound” as well as being a “heart on your sleeve slacker tune with a tonne of groove.” The single does mark a change of direction for the band – the rousing and anthemic choruses remain but there is a newfound edge best summed up in the stunning video for “Making Waves.”
Marc Strain (bass) goes further when contemplating the shift in band’s sound: “As a band we’re always going to have “rocky” songs but Rock music can be very formulaic and boring. We didn’t want this record to just be a carbon copy of Open Book or I Am An Island. Making Waves was the song that made us rethink our process and start to get really excited about this new album.”
Fatherson have traditionally been a word of mouth band. Attend any of their shows and you will find a room echo with lyrics being sung back en masse by adoring fans. The devotion of their fans saw the last album jump straight in at No.2 in the Scottish album charts as well as performing strongly in the U.K. Other highlights include packing a 12,000 person tent at T in the Park and playing with Kings of Leon in Vienna.
Fatherson is Ross Leighton (guitar/vocals), Marc Strain (Bass), and Greg Walkinshaw (drums). The band will release their new album Sum Of All Your Parts on September 14th. You can stream “Charm School” below: