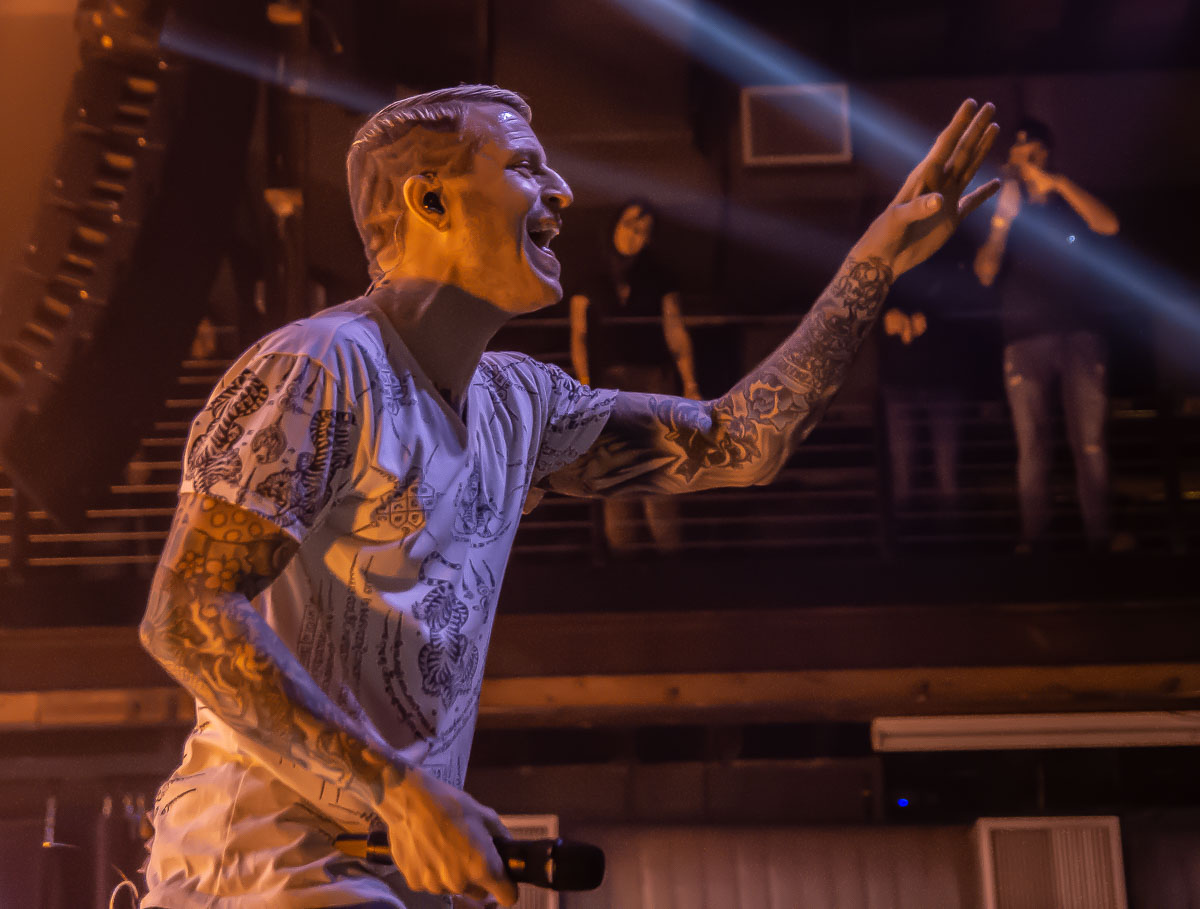 Atreyu with Whitechapel, He Is Legend, Tempting Fate and Santa Cruz

California metalcore band Atreyu is currently in the midst of their 20 Year Anniversary Tour, making a stop recently in Louisville, KY.  The venue was packed this evening and from the moment the band walked out onto the stage, the crowd was ready to have fun and sing along!  The band was all smiles and energy as they walked out onto the stage, with singer Alex Varkatzas spending much of his time on one of the platforms set up at the front of the stage or the platforms set up on both sides of the elevated drum kit.  It was clear that the band loves their fans, with their goal this evening to ensure the crowd had a great time and felt engaged.   For this tour, the band let their fans choose the set list and the fans this evening chose a great set of songs!  Performing tracks that included “The Time IS Now”, “Right Side Of The Bed”, “Doomsday”, “Ex’s and Oh’s”, “Bleeding Mascara”, “Her Portrait Is Black” and “House Of Gold”, the crowd was having a great time singing along to the songs they selected!  With four opening bands on the bill, it was an incredibly fun night of music!  Opening the show were Finnish metal/punk band Santa Cruz, LA metal band Tempting Fate, North Carolina rock band He Is Legend and Knoxville metal band Whitechapel.