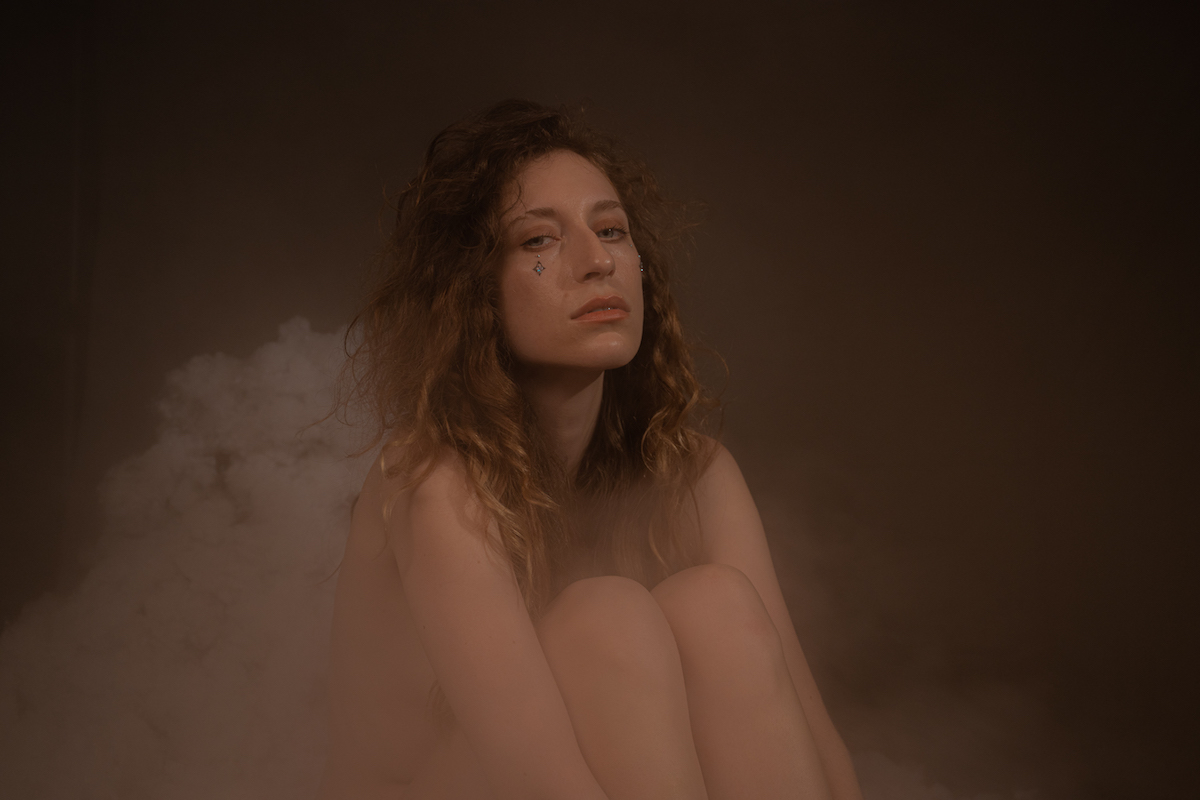 Los Angeles-based, noir-pop songstress Maiah Manser dissolves differences and builds bridges between the worlds of automation and nature.  The grit and the raw in lyrics combined with her hauntingly powerful vocals, drive together to create a world all her own.  Raised by her single mother and grandmother in the middle of Oregon, Manser discovered her love of music by the age of four.  With a fierce independence that stems from the feminine energy she was surrounded by, Manser taught herself to sing, play the piano and violin and eventually left Oregon for Seattle’s Cornish College of the Arts.  As a student, she met Mary Lambert; that chance meeting opened the door for an opportunity to tour with Lambert as a backing vocalist, opening for artists like Sam Smith, Ariana Grande and Pharrell Williams.  At 20 years old she started her professional career as a solo artist. This fall, Maiah will be featured on Mary Lambert’s album “Grief Creature” alongside other artists like Macklemore and Julien Baker.

In 2017 Manser teamed up with Buddy Ross (producer for Frank Ocean, Haim, Unknown Mortal Orchestra), Phillip Peterson (string arrangement for Cashmere Cat, Santigold, A$AP Rocky) and the late Tom Coyne (mastering engineer for Adele, Beyoncé, Taylor Swift) for her debut Second Skin EP.  This work garnered support from Fader, Complex, KEXP, NYLON and Vogue for their Met Gala. Her songs were featured for Katy Perry, Gisele Bündchen, Frank Ocean, & Sasha Lane by director Gordon von Steiner, at the Instagram booth. The combined placements were viewed over 4 million times in one day.  Upon her first release, Maiah has opened for artists like Bishop Briggs, CHVRCHES, Crystal Castles, ODESZA and Hiatus Kaiyote.  Moving to LA from Seattle, Maiah has advanced to a more pop atmosphere with one of her newest songs “See Thru It” hitting Spotify’s New Music Friday.  Her upcoming release “DoLL” (October 18th, 2019) is her biggest statement  piece yet, illuminating and breaking down the feminine stereotype at large.  The song was written to call out toxic masculinity and empower the feminine.  Asking, “Am I a good enough doll for you?” releases the notion that she was always hoping she would be good enough for past partners that had hurt her. The highly artistic music video was created by a 95% female team and modernizes iconic female archetypes throughout history such as Swan Lake, Mary Had A Little Lamb, Virgin Mary, Medusa, Yoko Ono “Cut Piece,” and more.  You can follow Maiah Manser and stay up-to-date on all upcoming artist, music and touring news via the following links: