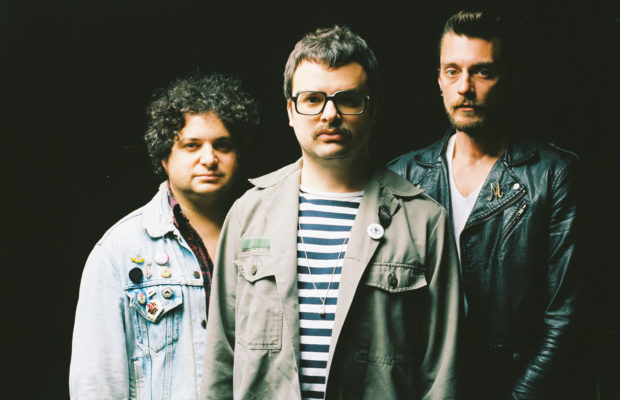 For this month’s Artist Spotlight, we caught up with Los Angeles-based trio TEST. With a gritty punk rock sound, the band takes inspiration from acts such as The Clash, Oasis, and the Libertines. Just after the release of their new single “7th Street Metro,” we caught up with TEST and chatted all about the band’s history, their latest music, and what to expect from them in 2017.

The tone of your early music has been called “intense.” Do you agree with this, and could you explain what you think is meant by that?

I would agree with that. However, that word is pretty broad and pretty wide open to interpretation. From my perspective, our early music has an urgency and immediacy. There is an attempt to connect or to impact, emotionally, sonically, whatever. You could use the word intense for that, sure. I’d say that’s a hallmark for most of what we do.

For those who don’t know, why did you name the band TEST and what is the meaning behind it?

For me, I wanted a simple name. I wanted my version of Ride, Blur, Oasis, Spoon. That’s as far as meaning goes with me. However it’s a blank canvas that everyone is welcome to project their own meaning onto.

Your alternative punk sound is a staple when defining TEST, how do plan to stay true to it while growing and diversifying as a band?

The only thing we have to stay true to, is whether we think a song is good enough. If we like it, it’s a TEST song and there you go. I would hope, just like human beings, we will continue to change and evolve, learn and grow.

Who were some of your biggest influences when writing your two new upcoming singles “7th Street Metro” and “Hallways”?

I liked the idea of taking some of the pure energy of The Clash and The Buzzcocks and The Hives and then sonically layering things up like Ride or Jesus and Mary Chain or Oasis.

Stokes and Meza, when did you decide it was time to add a drummer and third member to the group?

We’ve always had drummers, it was presence of Morgan himself that changed how we wrote and really led to TEST.

Can you explain how the transition from a Duo to a Three Piece effected the bands musical identity?

The combination of the three of us, like any good marriage, has an undefinable chemistry that bypasses verbalization. Wayne and I worked together in different projects and bands, but TEST has always been a trio. Always the three of us.