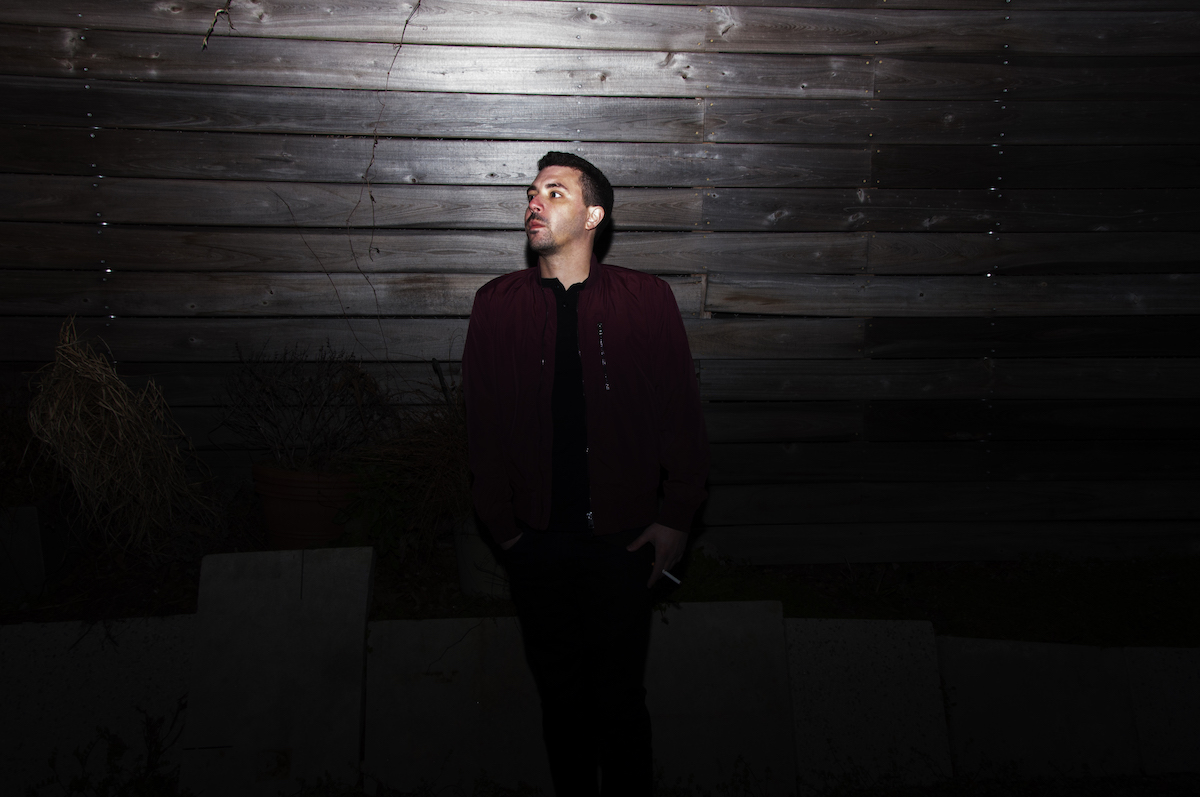 Staying true to the name, Raleigh, North Carolina bedroom electronic performance artist Animalweapon took sounds of nature to cultivate the early inspiration for his recent single “Summer’s Over”, released via Polychromatic Records. “I was visiting a close friend in Texas a year ago who was undergoing chemo for breast cancer and I was sitting outside late at night after everyone had gone to bed,” recalls Patrick Cortes.  “There were a lot of interesting sounds going on – cicadas and clicky little bugs that almost felt percussive in a way.  I recorded a bunch of nighttime ambience with a handheld stereo Zoom recorder, sometimes shorter, more intentional clips, and then at one point I just kind of let it run to capture the atmosphere.  I always travel with my MacBook and a small MIDI keyboard so I was able to go inside and start working on a piano melody right away to put alongside it.” Back in Raleigh in early 2020, Patrick found himself reflecting on the natural sounds and the melody started going through a metamorphosis but the overall sound was the same – sparse, intimate, ambient without being atmospheric, with subtle layers of “found-sound” types of things. “I decided pretty early on I wanted this to sound very lo-fi, almost an intentionally lower production value than what I normally go for, so there was a lot of manipulation of the piano and drums and then even more sampling – for instance, the hi-hats are actually the click of a pen that was on my desk, there’s some other slightly off-rhythm stuff I recorded with my Zoom that was just kind of foley – me picking up and putting down stuff that was lying around my apartment, like a quarter on my desk, or a pair of sunglasses on the counter.  And then a pandemic comes along and I let it be for a little while.  But I always had the idea that I wanted this to be a song about the end of summer.  Maybe it’s because we spend twelve years of our childhood with summer being the only long break we get from life while we’re in school, or maybe it’s the days getting shorter and I’m prone to seasonal depression, but there’s something that feels sad about the end of summer and this song was always going to be a reflection of that.  Once ‘all of this’ started happening – especially once it got into summer and you compound an unmanaged pandemic with an important racial reckoning, wildfires, everything else – I had a new take on it while also realizing it really wasn’t much of a shift at all.”

Lyrically, there are a lot of lines in “Summer’s Over” that have multiple meanings.  Patrick stresses that he hopes people connect to this song with the feeling of loss that many of us are feeling, and the frustration that goes along with it.  “Summer’s Over” is within itself not just the melancholic feelings that surround it, but a call to be introspective on where we are at this point in the year and why we are here. Animalweapon’s music shifts between ambient soundscapes, skitters between laptop hip hop beats, flirts with club music and sometimes enters industrial territory.  The summer night insect sounds of “Summer’s Over” back up a distinctive contemplative vocal reminiscent of Baths.  Cortes says, “It’s reflective and it’s melancholy.  I would hope that you think about the state of the world right now when you hear it, and also your loved ones.  There’s a sort of longing I hope it conveys.” Animalweapon has been working on the upcoming 2021 EP throughout the pandemic and also composed the mysterious otherworldly theme song for the highly anticipated new podcast called The Hidden Djinn that debuted September 1, 2020 on iHeartMedia.   The podcast explores centuries of tales, traditions and beliefs about the supernatural beings and the source of genie mythology and is currently Top 20 on the iTunes history podcast chart.  The podcast is hosted by Rabia Chaudry, attorney, New York Times best-selling author, producer and co-host of popular criminal justice podcast Undisclosed; and co-produced by Aaron Mahnke, writer of Lore on Amazon and produced by the team from The Walking Dead.

Cortes won a 2017 Webby Award for Best Sound Design/Original Music Score for his work on the hit podcast Undisclosed, which was the follow-up to the #1 iTunes media phenomenon Serial.  The true crime mystery Undisclosed got nods from NPR, Rolling Stone and The Washington Post and perhaps more importantly led to major developments in Adnan Syed’s wrongful-conviction case as well as several others.  Emmy winner and vocal Syed supporter Jon Cryer joined the Undisclosed team for Season Two. Animalweapon also released the 2015 EP Flares and Signal Fires and the 2019 LP Tyrannosaurus on Polychromatic Records, and has been performing in Raleigh since 2011, including parties for the city’s premiere Hopscotch Music Festival. The upcoming EP will be released Spring 2021 via Polychromatic Records.  You can connect with Animalweapon via the following links: