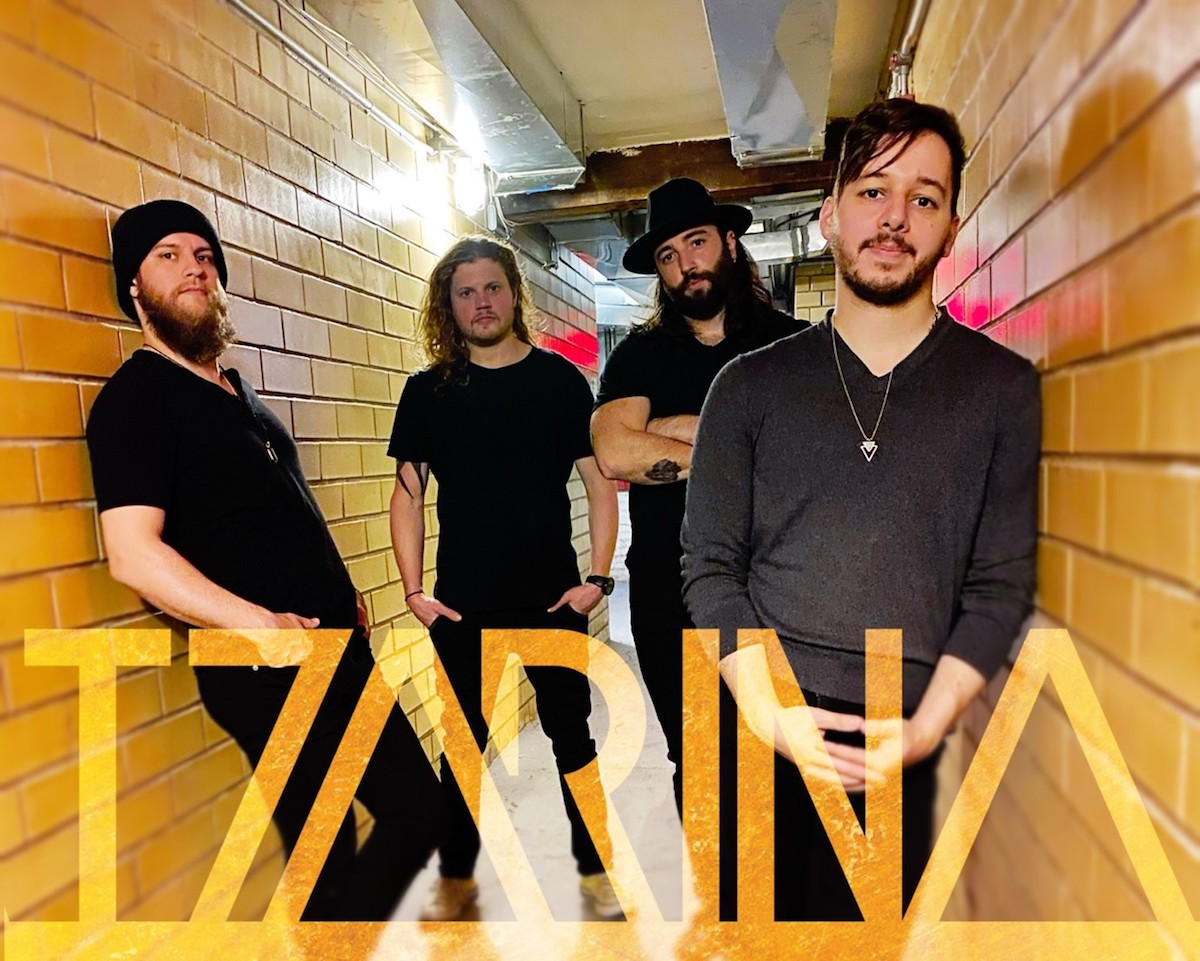 Tzarina is a heavy but melodic post‐hardcore group hailing from Brookyln, NY.  Originally formed in 2016 under the moniker “Deafmute” the band exploded onto the scene by releasing a series of songs and live performances that blur the line between metal, post‐rock and punk. In 2020, Craig William is again at the forefront of the band’s sound and musical direction where they have an earnest focus on songwriting. The group couples ethereal guitar textures with heavy detuned instrumentation, as well as driving drum‐and‐bass rhythms to build an eclectic atmosphere through which Craig and Mark’s voices can really soar. Tzarina spent the majority of 2019 and early 2020 assembling the new lineup of the band and finalizing the songslist for the studio.  With introductions through Mark, Michael Forsythe joined on bass (Mark and Michael were in a previous project together called Vertigo Drift) and then through a network of awesome NYC based musicians, they landed with Robert Abramson drums.  As luck would have it (and after having only one single rehearsal as a fully assembled band), the coronavirus pandemic started to hit hard across the US and the rest of the globe. That didn’t stop Craig from getting to the studio and recording the debut album (slated for release in 2021).

The band recently released their debut track, “Deadsong”, which was recorded, mixed and mastered along with the rest of the album at Dexter’s Lab Studios with Producer/Engineer Nick Bellmore (other work includes Hatebreed, Toxic Holocaust, Dee Snyder, etc.). “Deadsong” was the first song I started writing for Tzarina and is special because it got me out of a writing rut that lasted almost 4 years,” says Craig William. “In the process of finishing the demos and cutting the final track, I was constantly reminded that music can be whatever I wanted it to be. With that in mind, I wrote something that I had no expectations for and it took me somewhere darker than I had ever been. Little did I know, it would be the driving factor for the sound of any proceeding music I wrote that year, let alone, inspire a band to play it with me.” With an eclectic and original style, the song fuses musical ideas from creepy and melodic to outright brash and heavy hitting metal and hardcore. This is the kind of song that lets the world know (even during a pandemic) “We’re Here”.  Due to the limited capacity and time frame for tracking, Nick ended up playing drums on the album. Following that, they are focusing on continuing the content creation, as playing live shows for right now is still out of the question.  That being said, they are still preparing a killer live performance to be ready as soon as venues are able to host them.  You can connect with Tzarina via the following links.  Photo credit: Kelli J Bartlett.