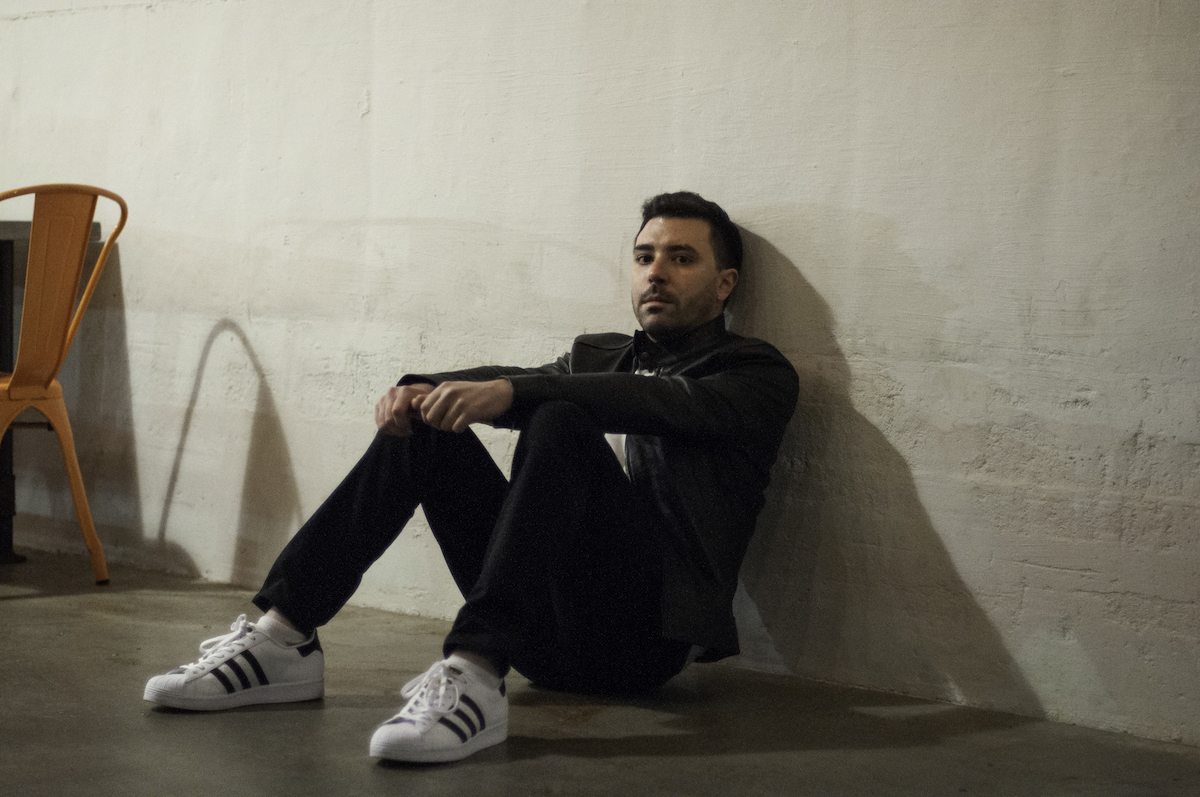 Electronic project Animalweapon (real name: Patrick Cortes) recently released his long-awaited new studio album Set Of Constraints via Polychromatic Records. The ethereal and glistening new record is a showcase for Animalweapon’s strengths in creating hopeful electronic dream-pop and was a long time in the making.

“It’s always a huge bundle of emotions having a finished product finally come out, especially one you’ve been working on for that long,” says Cortes. “There’s an enormous sense of relief at just having that process being over and also a bit of disbelief that it’s finally happened. Then of course there are moments where you realize people are actually hearing it and especially when you have songs that are more personal… that can be straight-up terrifying.”

Animalweapon has made a lot of growth since his last album Tyrannosaurus, with Cortes noting, “I’ve learned how to not agonize over every detail and just have fun with it. That’s been the biggest difference between everything I’ve done up until now but particularly since the last album, which was not fun to finish at all. This album went so much more smoothly in no small part because I wasn’t planning for it to be an album to begin with – it was supposed to just be a four-track EP. I basically wandered into an album.”

“As far as the sound of it, this one feels a lot different. This record is little more focused, for one,” continues Cortes. “I think Tyrannosaurus was a little too all over the place. There’s also no heavy or aggressive songs on this one, but I think that’s what I like about it and I want to do more of it. I also think I’ve outgrown wearing my influences on my sleeve to the extent that I have before. Anyone who produces knows they never stop learning, no matter how good you are, and I think it shows on this one both in terms of my production by myself, and the choices I made as far as who to collaborate with and when.”

Cortes won a 2017 Webby Award for Best Sound Design/Original Music Score for his work on the hit podcast Undisclosed which was the follow-up to the #1 iTunes media phenomenon Serial. He also composed the theme song for iHeartMedia’s The Hidden Djinn which reached the Top 20 on the iTunes History podcast chart“After Set of Constraints is out in the world, I feel little break is certainly in order, but I really don’t want to take too long of one. After Tyrannosaurus I was super burned out, but this time, I’m ready to get back into it, as long as I keep taking it easy.”

You can connect with Animalweapon via the following links.  Photo credit: Alina Patel.