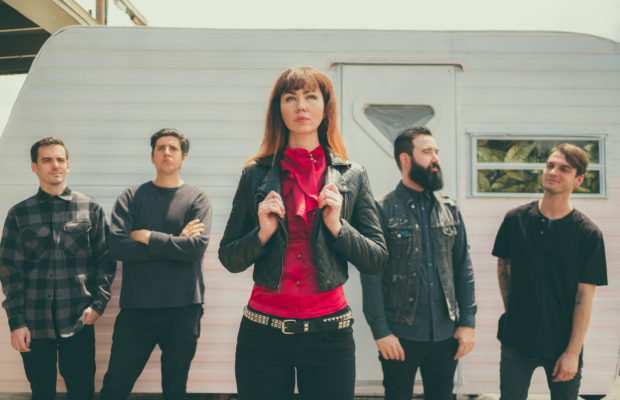 The Orlando-based alternative rock band A Brilliant Lie recently released their music video for the track “Unwoven” from their forthcoming EP Threads: Weaver due out on March 29th. The EP rounds out the Threads EP trilogy, following Threads: Cutter and Threads: Spinner.  The video was directed by Daniel Kuykendall and styled by J.W.Newland.  Comprised of Tara Lightfoot, Chris Lane, Jason Lemrond, Matthew Movens and Nick Scout, the band has been described by Metal Nexus as “five diverse and talented musicians that make magic as one”.  The band has been touring relentlessly across the US and working with producer James Paul Wisner (Paramore/Hands Like Houses/Underoath), writing and recording their new material.  The band is acclimated to mainstream success, having performed alongside artists such as Minus The Bear, Passion Pit and Anberlin, which led to headlining performances and spots at sought after music festivals.  The quintet is currently endorsed by Paul Reed Smith Guitars, Ernie Ball, Strymon Engineering, Seymour Duncan, and Intune Guitar Picks and appeared at this year’s NAMM convention.  You can follow the band and stay up-to-date on all upcoming music and tour news via the following links.  Checkout their video for “Unwoven” below.