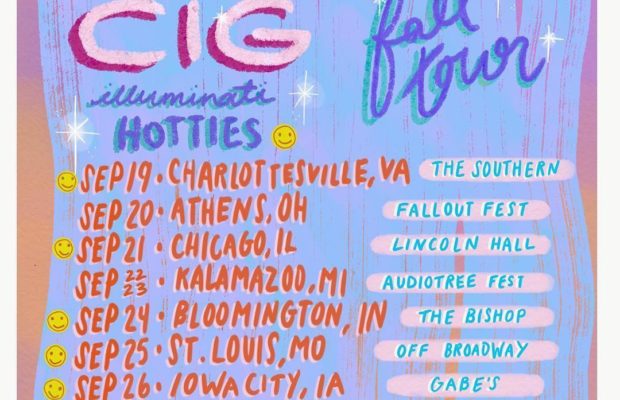 Illuminati hotties, the indie-pop outfit fronted by LA’s Sarah Tudzin, have emerged as one of the most exciting new bands of 2018 thanks to their debut album Kiss Yr Frenemies, released earlier this year.  With their bright and playful sound, youthful lyrics, and driving guitars, they have drawn comparisons to pop acts like Alvvays and Courtney Barnett.  Sarah likes to describe her sound as “tenderpunk” and juggles themes of love, uncertainty, heartbreak, FOMO, contemplativeness and empathy, which come together to capture the emotional complexity of being a young adult in the current decade.   The album has received critical acclaim from NPR, Rolling Stone, Pitchfork, The Fader, Stereogum, and many others. The band will be touring in September, performing at a few festivals, as well as providing support for 6 dates with New York pop punk band Diet Cig.  You can find a complete list of tour and festival dates above!  You can also check out the band’s California sunshiney video for “(You’re Better) Than Ever” below!