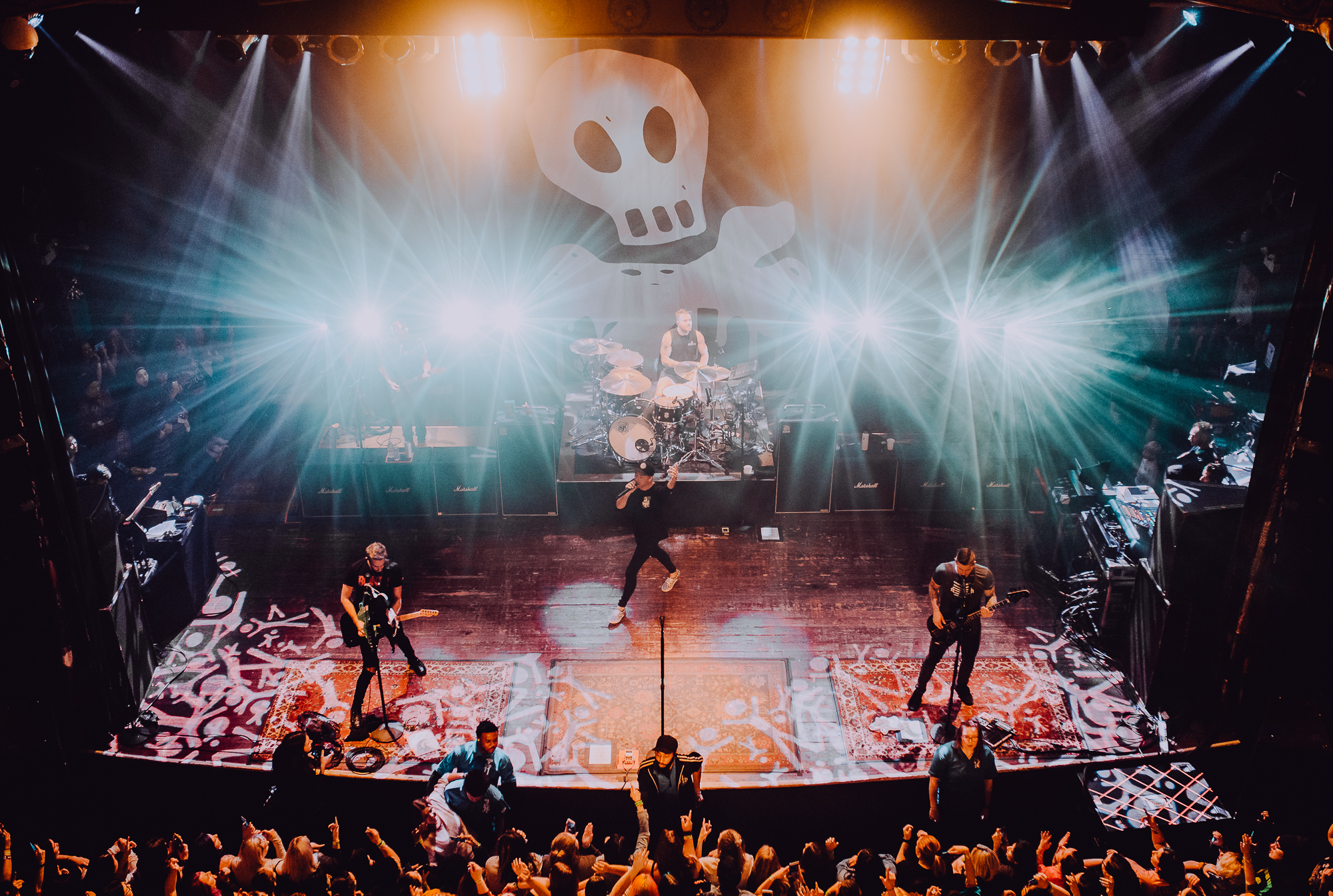 “Manage me, I’m a mess” sang vocalist Alex Gaskarth to the 2nd crowd of 3 at the House of Blues in Chicago last Saturday night. The iconic opening line off of Nothing Personal, started off the bands hour and a half long set, and reintroduced the sold out crowd to an album that helped define the band. Album shows have become a trend over the last couple of years; its a chance for fans to relive their youth, yet some critics say it’s just a chance for bands to cash grab off their “glory days”. What makes this particular tour so interesting, however, is that the band re-recorded the album and filmed a documentary to commemorate the event. It was a chance to relive the hits while also celebrating how much the band has grown and matured over the last 10 years. They infused new life into an old album that is, in my opinion at least, still very much relevant.

I was lucky enough to attend the second of three sold out nights at the House of Blues in Chicago. Each night had sold out as quick as the first, with fans eager to see all their favorite songs live; some being played live for the first time in the band’s career (getting to hear “Walls” in 2019 was an absolute surreal experience). The crowd (rawr’d) as All Time Low took the stage, jumping so hard the floor shook and bounced under our feet in the photo pit. It didn’t take long before Jack Barakat’s mic stand was covered in bras. The venue was as packed as it could be, with hardly any wiggle room; but that didn’t stop everyone from dancing around like it 2009. I stood on top of the third balcony, watching the absolute chaos unfold down below. It’s really interesting to see people in their mid to late twenties pop off so hard for a band. Let’s face it, the older we get, the more things like back and joints start to hurt, or we’re tired because the show is dragging on too late, but none of that mattered at this show..

The excitement and energy carried through the very last song; with no shortage of crowd surfing. Jack jumped into the crowd, and Alex ditching his guitar and reaching out to people against the barricade for the last song (“Dear Maria”) and the crowd begged for Jasey Rae (which was performed the next night). But no matter the post album setlist, there was no way anyone could be disappointed. The Nothing Personal tour delivered not only a knockout performance, but also transported us back to the days when Warped Tour was still alive and neon merch was all the rage. It might not have been everyone’s year, but it was definitely our weekend.