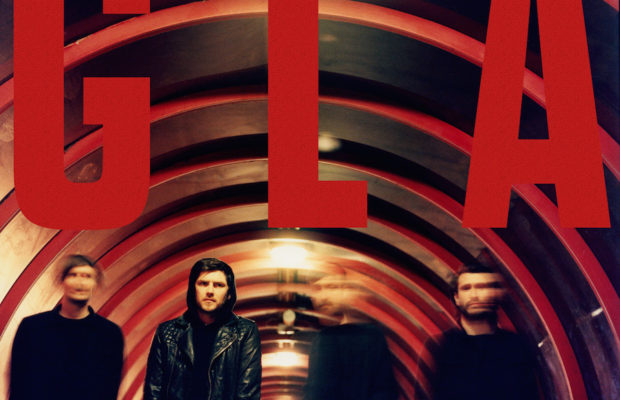 From the first note, UK band Twin Atlantic’s newest album sounds as if it’s playing from the rafters at Wembley. Their newest single, “No Sleep”, has been hailed as noteworthy by British greats Radio 1 and Q Magazine. With such praise and reverence for GLA, it’s no surprise that this four-piece group are already generating buzz that could very well put them in the massive stadium.

Vocalist Sam McTrusty’s Scottish brogue shines through on the record’s opening track, “Gold Elephant Cherry Alligator”, seemingly drawing influence from Muse’s Matt Bellamy and Foo Fighter’s Dave Grohl. McTrusty’s guttural wail is accompanied by a near-falsetto pitch at times and harmoniously paired with guitarist Barry McKenna’s forceful melodies. Ross McNae’s thumping bass and Craig Kneale’s stomping percussion round out the band’s sound, oftentimes making it seem as if the group is composed of far more musicians than it is. “You are the Devil”, the band’s third track on GLA, feels like a tribute to the great hard rockers before them. Twin Atlantic has little bit of Lemmy, a little bit of Ozzy, and a sound that may not be completely unique but is loved by millions.

Mixed by the acclaimed Alan Moulder (Arctic Monkeys, Foo Fighters, Foals), GLA will surely make it into the top 10 in the UK album charts (their last album, Great Divide, made it to #6). As McTrusty puts it, “This is us. This is our music.” The band doesn’t pull any punches, sticking to what they know best and delivering track after track of solid rock and roll. While the sound can border on repetitive, each song is unique and memorable in a way that keeps this album fresh and intriguing. Twin Atlantic’s longtime fans will delight in welcoming back the band’s signature sound, while new listeners will find themselves turning the volume up and rolling the car windows down, drumming on the steering wheel. And in the end, that’s everything one could really want from a good rock album.