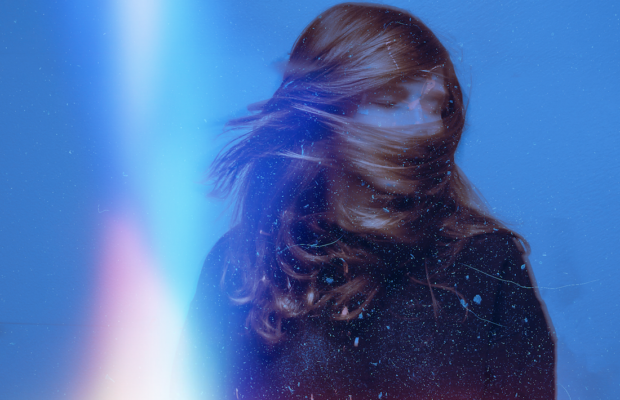 Small Talks is having a busy year.  South Carolina native Cayley Spivey started Small Talks in 2015 after writing a few acoustic songs in her bedroom, which then blossomed into an idea for a band.  Spivey strives to connect with those around her through music and has made it her mission to provide her fans with a place to be themselves regardless of gender, sexual orientation, race or age.  The band signed with Common Ground Records in 2017, releasing their debut EP Until It Turns to Petals, and had multiple tours to the Midwest and back, played 10 days of the Vans Warped Tour and performed at FEST in Florida.  This year is shaping up to be just as promising, with the band embarking on a co-headlining tour with Louisville, KY band Floods, as well as performing the Charlotte, Atlanta and Jacksonville dates of this year’s final cross-country Warped Tour.  Small Talk’s upcoming tour, which begins on July 20th in Nashville, will see the band touring as a 4 piece for the first time ever to debut their new sound.  Staff writer Emily May spoke recently with Spivey by email, in which she discusses creating her own scene in Myrtle Beach, writing poetry, her online thrift store and her new single “Quiet Sounds”.  You can stay-up-to-date with the band and all upcoming tour dates on their website, Facebook, Instagram, Twitter.  You can purchase their music on Common Ground Record’s Bandcamp page and can stream their music on Spotify.  You can check out Spivey’s online store here.  Check out the video for “Quiet Sounds” below!

You started out writing songs in your bedroom and booking shows for yourself and have sought to create your own scene in Myrtle Beach, SC. What was the scene like when you started and what kind of scene do you feel you have created?

Myrtle Beach has a quiet scene that comes and goes. Cover bands are most popular here. I didn’t feel there was a safe place for LGBTQ people that welcomed diversity and promoted crowd involvement. I feel when I started booking that openness was my main focus and that extended from just our local shows and became how we wanted every show we did anywhere to be. I just want everyone to feel comfortable moving and being present and themselves.

You have since formed a full band with bassist Kenny Kelly and drummer Justin Charette. How did you meet them and how did they come to be a part of the band? Where did the name Small Talks originate?

Kenny and Justin are not in the band. The Small Talks name came from the fact that I despise small talk. I thought it would be ironic considering I try to write with my heart on my sleeve.

A lot has happened for the band in a short amount of time. You signed with Common Ground Records last year, toured the Midwest and back, played 10 days of the Vans Warped Tour and performed at FEST in Florida. What are some of the band’s highlights from the last year and has it been challenging at all to adjust to the fast pace? How does it feel to be playing 3 dates on the final cross-country Vans Warped Tour?

Since working with common ground we’ve been given incredible opportunities that I accept and run with every single time. I try to give 110% so that we can use one opportunity to bounce to the next. I am grateful for everything we’ve ever gotten to do, and all the people who helped us get there. Sometimes I get so busy working to do my best I forget to celebrate. I am very very honored that Small Talks gets to participate in the last warped tour and I wish I could share it with all the other musicians who’s dream that was too.

I read that you started out writing poetry before discovering rock music and published your first writings online at 19 years old. How long have you been writing? Do you feel that your music and poetry go hand in hand or do they each fulfill you in different ways? What can you tell me about your latest book, It’s About You?

I have been writing since I was really little. In the 4th grade I had a poem published in a book, and once even had a teacher call my mom to double check she didn’t write a Halloween horror story I was assigned to write in class. I separate my poetry and music completely. I believe they do go hand and hand but I have different goals with each. My poems are much more selfish. I write without wanting people to understand. I write in a raw way and do not go back and try to make it better. The beauty of it is that it is personal and honest. My music is also personal and honest, but open. I want people to understand it and take a piece of it with them. I go back and perfect it, where as with my books I just want people to know what’s going on in my head. They don’t have to understand. It’s about you started as a self study on my mental health and who I am as a person beyond how I’m perceived. I released it after a mental breakdown as a form of therapy.

You have a shop online where you sell clothing that you find all across the US. Do you find the clothing when the band is on tour? What made you decide to start an online shop?

I love thrifting! I am a strong believer in expression through style. I also love to feel like I am wearing someone else’s memories. You can find the most interesting things. I am also a minimalist, which means I am constantly getting rid of things. I decided to make the shop to help my band have money on tour. So whenever I need to minamalize, I sell things.

How did your SmallVogs tour series on YouTube begin? Do you feel that it has been a good way to connect with your fans? What has the response been to the episodes?

Small Vlogs is no longer on due to a change of live members.

Your debut EP Until It Turns To Petals was released last year. How do you feel you’ve grown musically since then and how do you feel that your new music compares to the EP?

Until It Turns to Petals was written when I was 15 and was written very emotionally and not thought out. As I grew as an artist I became much more invested in the process of songwriting and production and have written things I never would’ve imagined. I can’t wait to show you. It is wildly different in all aspects.

You just released a single and accompanying video for “Quiet Sounds”. What was the inspiration behind the song and the video?

Quiet Sounds is about a you and me against the world relationship which was the main focus of the video. It’s about my need for independence and I wanted to showcase how loving someone to much can sometimes stunt your self development despite all the pros of it.

You have a tour coming up with Louisville, KY band FLOODS! What are you looking forward to with the tour? What else is coming up for Small Talks?

I can’t wait for tour! It is the best experience I’ve ever had in my entire life, despite the ups and downs of travel. We are releasing an album. We’re in the midst of recording it.