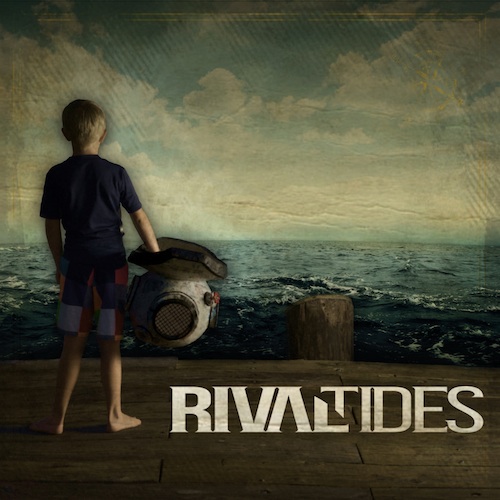 Straight out of Los Angeles is the very talented rock group Rival Tides. Formed in 2012, the band has built up quite the name for themselves and will be releasing their debut self-titled EP on September 17th. The EP was produced by Eric Ron (Panic! At The Disco, VersaEmerge, I The Mighty) in North Hollywood, CA.

Rival Tides has a strong and built rock sound that is very noticeable from the first track and single, “My Insomnia”. The strong rock riffs and tunes continue throughout the whole EP showing minimal variations in sound, but is still enjoyable nonetheless. “Maybe” is a softer tune on the EP that stands out with the chorus, “My love it wasn’t worth your time /… My heart, it won’t wait in line anymore.” It is a tune that many listeners and relate to and makes for a memorable song. The EP also features songs such as “Gold” which send a positive message, “Be strong when the lights go dark and you are feeling so alone” and “You gotta just hold on.” The EP ends on a good note with “Oceans” which has a catchy guitar intro. The song is very strong and heavy in terms of the lyrical content and melodies. The seven song journey ends with the song fading out in a very calming manner.

This debut self-titled EP for Rival Tides is a sure hit. It’s refreshing to hear a band with lyrics that have a positive message and great meanings behind the songs. Rival Tides creates music that is enjoyable for rock fans with an Anberlin-esque sound. For a first release, Rival Tides did a wonderful job, and can only expect a very positive future.