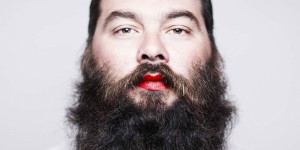 It has been one and a half years since The Maine’s last release Black & White. Since then they have been on several tours throughout the United States and all around the world. They then headed to the studio where they started writing and recording for their latest release Pioneer.

Pioneer is the band’s third studio album and was released on December 6th, 2011. They worked with producer Colby Wedgeworth on the album where he co-produced/engineered/mixed the album.

This album starts off powerfully with the song “Identify” followed by a fan favourite “My Heroine”. It is easy to tell with the gnarly guitar intro and the riffs included that they really went looked towards rock n’ roll as inspiration for the song. It’s got the same catchy riffs and motif going through the whole song. Not to mention the melodies are downright get-stuck-in-your-head material. Although it has that factor, it’s a song you won’t mind being stuck in your head throughout the school day, when you’re in the car driving, and right before you sleep. It’s one of those songs you can put on repeat and have it on there forever.

When taking a listen to Pioneer, it is more than obvious that this is unlike anything that the band has ever released. While their debut studio album Can’t Stop Won’t Stop contained more pop sounds and generic lyrics and Black & White being filled with tasteful yet not quite satisfactory melodies, Pioneer really hit the spot. In listening to only the first four songs it is easy to tell that this is one of, if not their best release yet.

The Maine really drew from personal experiences with this album from songs like “Thinking Of You”. A very notable track, and one that everyone should check out is “Misery” which has an amazing intro leading into the song by Jared Monaco (Lead guitar), O’Callaghan’s voice really shines through. It is really easy to tell that this is a rather personal album for the quintent and it contains songs that everyone can relate to.

John O’Callaghan’s voice always stood out above and beyond the rest, well to myself anyway. On Pioneer, his voice is just raw, emotional, beautiful, and overall phenomenal. It’s so hard these days to find a band who doesn’t abuse the power of editing and use little to no tuning on the voice. With Pioneer, it is easy to tell that little to no tuning was used on his voice leaving the vocals so wonderfully sang and powerful.

I’m not going to lie, when they announced the album I thought that it would be something similar to Black & White (I wasn’t a very big fan of the album) but when I first took a listen to Pioneer yesterday, I was completely wrong. I fell in love after the first listen and it’s been playing through my headphone and on my computer all day.

Overall, Pioneer is exceptional. It’s definitely the band’s best release and captures true emotion in the album. Each song is powerful in it’s own entirety and all contribute evenly to make the album more than astounding. As a long time fan, I am absolutely amazed and proud of how well they did. If you haven’t already, go pick it up in stores, HMV, Target, Walmart, most stores should have it. If you’re more a fan of buying it online then go pick it up on iTunes.