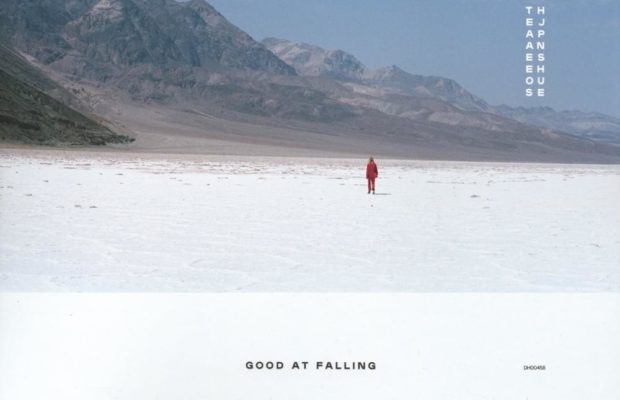 Heartbreak has notoriously been something that fuels artists to create. Whether it’s creating a painting, shooting a photo series or writing an entire album based around the experience of heartbreak, the one thing that remains true is that heartbreak has given artists everything when they’ve seemingly been left with nothing.

The Japanese House, moniker of British singer/songwriter Amber Bain, has used her recent heartbreak to fuel her highly anticipated debut album, Good At Falling. It has been nearly half a decade since The Japanese House first stormed the scene with her debut EP Pools To Bathe In, giving music listeners a new style of electrified indie pop.

The album, which is 13 tracks of entirely new music and sounds, explores Bain’s relationships with alcohol, relationships themselves and specifically her relationship with fellow musician and ex girlfriend, Marika Hackman. The record was recorded in part at the Wisconsin cabin of Justin Vernon [Bon Iver], working with acclaimed producers BJ Burton [Bon Iver, Francis and the Lights] as well as label mate George Daniel [The 1975] to craft The Japanese Houses’ strongest and most emotional body of work thus far.

I will start by prefacing that listening to Good At Falling will tug at every emotional heartstring in your body, whether you want it to or not. Bain’s raw emotional vocals throughout the record will seep into your veins and connect with you, taking you along the ride as Bain details her struggles through what she describes as one of the hardest periods of her life. This album forces the listener to delve deeper behind the pop melodies and catchy beats in order to truly understand the somber and poignant lyricism. The album opens with “went to meet her (intro)”, a two and a half minute instrumental track that showcases just a touch of the diverse beats that you will hear on this record; before transitioning into “Maybe You’re The Reason”, a previously released track that touches on notes of hopefulness and optimism in an otherwise trying time.

The midway point of the album gives listeners a new sound to the record: acoustic guitar. “You Seemed So Happy”, though effervescent in sound, the deeper meaning behind this track is deception. Bain’s airy vocals float over the chorus “But, oh, you seemed so happy to everybody and these things don’t happen to anybody like you.” On the track “Marika Is Sleeping”, Bain confronts her source of pain head on, using soft and airy string instruments and a pitch to match it, to create a lullaby-esque song. The album closes with an acoustic rendition of Bain’s 2017 hit song “i saw you in a dream”. The track continues Bain’s hauntingly beautiful storytelling that exists throughout the record and concludes the record and a quiet note.

The most successful aspect of Good At Falling is its innovative use of electronic sounds and production. Bain’s androgynous voice compliments the out of the box beats and melodies seen on this record to create a sonically beautiful masterpiece. The lyricism on this record is next level and is sure to send chills up the spines of every listener. Good At Falling allows people to find  support and understanding during a time when the existence of such things is questionable.

Good At Falling is out March 1st on Dirty Hit